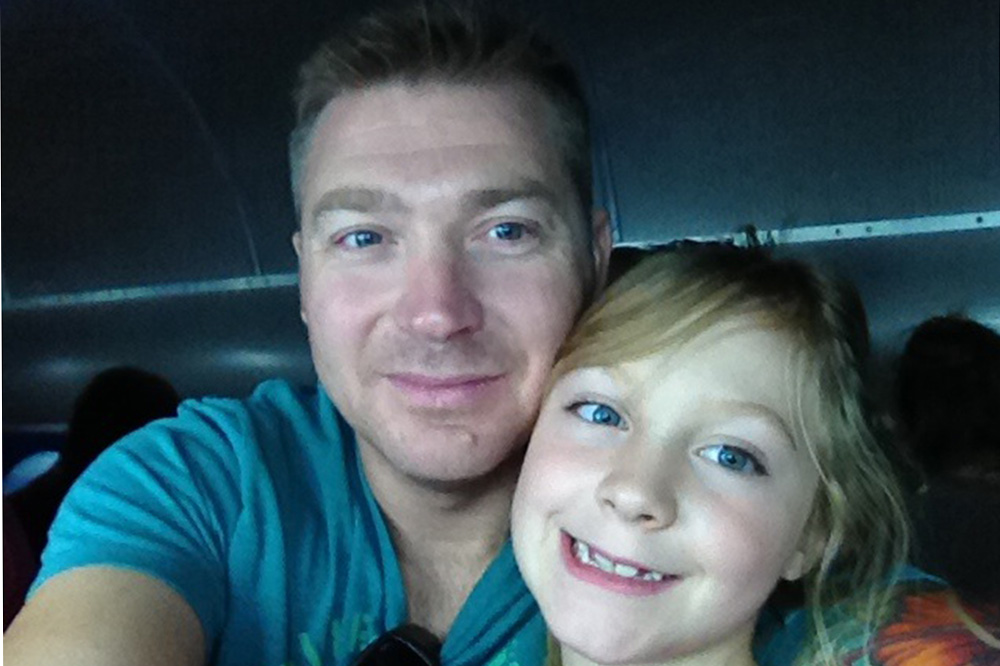 In February 2010, our family of three became a family of two. That is to say, that for four days at a time my daughter lived with me, and then spent the next four with her mother. It was a sudden change, and for two of us, completely unexpected. This was to be our new reality. Our new definition of family.

The transition from the life we knew to the one we now know was not without its challenges. There were the obvious logistical issues to contend with. Mommy’s house clothes and Daddy’s house clothes, the scheduling of drop-offs and pick-ups, etc. Initially, I stayed in our marital home and my ex moved into her parents’ basement, which was only a 5 minute drive away. We agreed to try to make our daughter’s new two home life as “normal” as possible.

There were a lot of days of bitterness and resentment that I did my best to keep neatly stowed away below the surface as our divorce proceedings got ugly. As the child of a failed marriage, I know too well the hurt and guilt created by the disparaging remarks made by one parent about the other, and I made it my goal for our daughter to never experience those feelings. On the surface she just had two homes, two bedrooms and two backyards to play in. I’m not naive enough to think that there haven’t been some emotional wounds created as a result of this change, but for the most part Jada adapted well.

Though there were days when I missed and longed for the three of us spending time doing things together, our new reality would become somewhat different. I was forced to find activities for two. No problem there. This city has plenty of opportunities for great daddy-daughter time. We got annual zoo passes, and began a tradition of sitting down in the little amphitheatre outside the gorilla habitat with our bag lunch. We’d watch them groom each other and work at retrieving the treats placed purposefully throughout the enclosure. We spent hours bobbing up and down in the wave pool on cloudy days. The dinosaur museum became a favourite day trip for those increasingly common professional development days during the school year. Play time at the park and a walk around the duck ponds evolved as a great fall-back for those unplanned days following night shifts when I was just too tired to do much else. We found lots of things to do.

So here we are, four and a half years into this ride. We remain a family of two, although I’m open to that changing at some point. Having a positive female role model around as part of our daily lives would be great for Jada, and admittedly great for me too. Should said female role model come attached with a child/children in a neatly or not-so-neatly wrapped package, I would be open to that too. Jada’s mother has embarked on a new relationship with a man who has two seemingly well-adjusted and wonderful little girls, who she may call sisters one day. I’ve even considered inviting them all to join us on one of our adventures, creating a whole different family experience. Well, I’ve considered it. All things in good time.

Family has been defined as “a social unit consisting of one or more adults together with the children they care for.” A fairly generic and all-encompassing definition for a time when normal has become what you make it, and traditional is becoming less and less so. Our family may not resemble the one I once expected, but I feel fortunate for it. I’m the very proud father of an amazing little girl who inspires me to live our adventures with an open heart and an open mind, as we continue to write our own ever-evolving definition of family.

Andrew Mann is a musician, firefighter and dad from Calgary, Alberta. You can listen to his fantastic album Out of Ashes here. View all posts by Andrew Mann