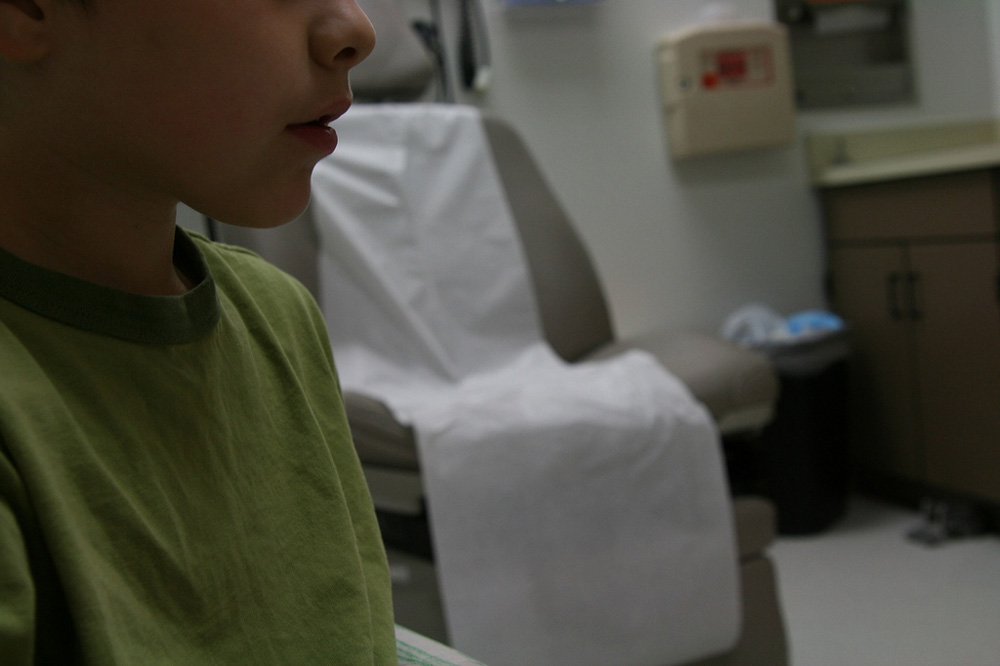 If you have a son, you’ve got to know it’s going to happen sooner or later.

Where once he caught just run-of-the-mill daycare diseases and the common cold—the latter barely slowing him down enough to have his nose wiped while he ran circles around the house—he will now contract the dreaded man cold.

The man cold is no different in pathology than the common cold, but it manifests entirely differently. It is characterized by over-fixation and over-reporting of symptoms, commonly referred to as “whining.”

For an example of what a man cold can look like, watch this popular video by Man Stroke Woman.

There are conflicting views on whether the man cold actually exists. William Schaffner, an infectious disease specialist and chairman of preventive medicine at Vanderbilt University School of Medicine, told Web MD that there’s nothing in the medical literature to back up any difference in men’s and women’s colds. And a study of 1,700 people by the University of Glasgow concluded that men were more likely than women to overrate their symptoms of the common cold. This is why it’s really important to take preventive measures if possible. One way to make sure that you do this is to take preventive medicine appointment if you can. Hopefully this will help with other things as well and not just a common cold. But at least it means that you a better chance of not getting ill that often.

But a neuroscientist for Durham University in the U.K., Dr. Amanda Ellison, says that men have more temperature receptors in the brain and therefore experience higher fevers and worse symptoms.

I’m not sure who to believe, but I do find it curious that Ellison says boys and girls have the same amount of temperature receptors during childhood, but that once puberty hits, and testosterone makes the part of the brain that perceives heat start to grow bigger, boys begin to experience fevers differently.

That’s a plausible theory given the scene that played out in our house last week. My preteen son came down with what was admittedly a nasty cold and sore throat, but with a notable increase in common cold colour commentary compared to illnesses past.

Take note of the following signs, and you too will be able to recognize the onset of your son’s first man cold.

1. Everything hurts. Including doing nothing.

2. The sound of doing nothing is deafening: “But if I lie down, the rustling of my blankets sounds SO loud.” Still, sleeping in mom’s queen-sized bed helps ameliorate symptoms.

3. He is weakened to the point where he’s unable to grip things. Except for Lego and the television remote.

4. He wants to know why, oh, why, he should have the rotten luck of coming down with illness on a Friday, ruining a perfectly good weekend.

5. His symptoms are described in detail. “I think the puss in my throat has moved from one side to the other.”

6. He believes there’s blood in his urine, when really he just had a beet salad.

7. Speaking of food, he appreciates the steady stream of soups and chili, but can’t enjoy them because of his sore throat and diminished taste buds.

8. He wants to know if you can drive his brother to school instead of making the eight-minute journey on foot in case his situation should worsen while you’re out of the house.

Sound familiar? Please dish in the comments. We’re in this together, friends.