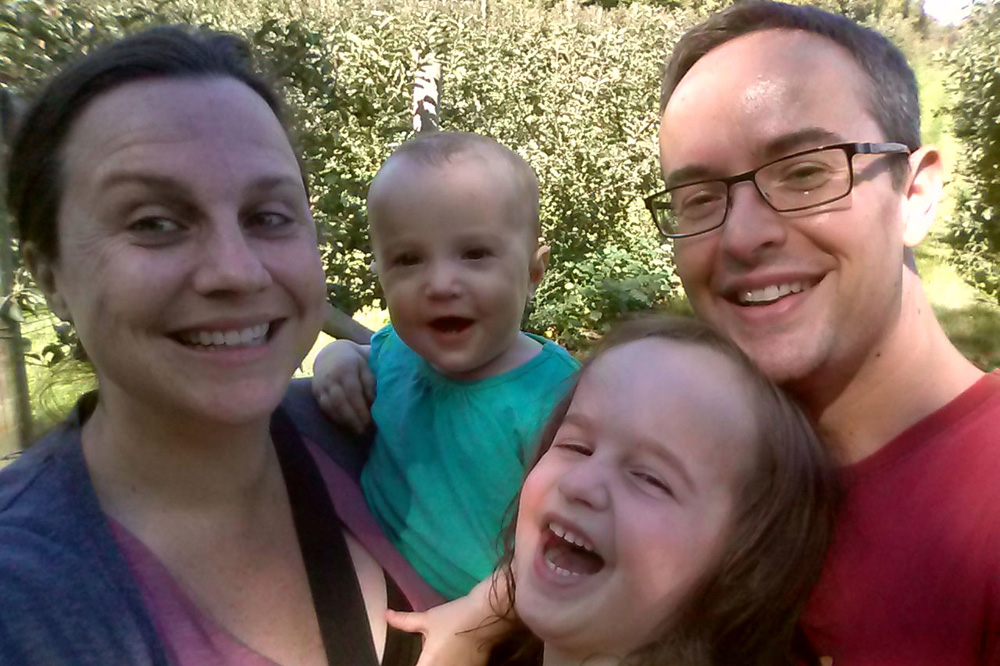 In February 2008, there were two of us, and we went to California. From the airplane, I saw the line where the world changed, Midwestern plains driving hard into mountains. In San Francisco, reality melded with myth as we toured Alcatraz, City Lights Books, Haight-Ashbury. We rented a huge Chrysler and drove it down the Pacific Coast, Highway 1. It was February and the sun shone, and here was a world I’d always known, but from television, Beach Boys’ lyrics and Joan Didion. We sat on the dock of the bay and watched the tide roll away. California was all the things I’d only dreamed of suddenly coming true.

There are no doubts about it, it is almost impossible to visit California without considering moving there afterward. Honestly, California has it all for young families. One of my best friends has actually lived in California all of her life and she always talks about how happy she is. Although she has moved around the state a few times, she always tells me that she could never consider moving to a different state. Moreover, it is also no secret that there are some fantastic real estate opportunities in California. Whether you want to sell your San Bernardino house fast or just want to move to a bigger property, California is definitely the place to be.

Anyway, after our trip, we arrived home to Toronto in the throes of midwinter. Our apartment was in a house whose front steps had frozen into an icy slope we had to scramble up on all fours. The weather was cold and grey but one saving grace was a brand new statutory holiday, Family Day, which meant another day before returning to work. So we went to Il Gatto Nero on College Street, a hipster joint with tall stools and I was teetering uncomfortably on mine. Staring out the window, despairing at the slush in the street, so far away from the sunshine. And then I had a revelation that would make way for everything. Turned out it all hinged on real estate.

It was almost Copernican. Because there’s an order to the universe: we hook up, we move in, become property owners of an impossibly small space equipped with a windowless den. We wait until that small space acquires enough value that we’re able to trade up for a proper home, albeit a starter one. If we need to buy a new home before we are able to sell our current one, we use a bridging loan (there are also uk bridging loans, for my UK readers). Then we move into our starter home with the tiny little box bedroom and only then are we ready to start pondering such a thing as the future, to put down roots and maybe even have children. We had it all planned out.

And we were already on our way. We were twenty-eight years old with jobs, good benefits; neither of us had worked for temp agencies for a while. A year before, we’d replaced our futon with an actual couch. We could fly to California on a whim. Never mind that our jobs were unsatisfying, and we weren’t sure how we’d come to have them. A job was the point, or the means to the point, which was buying a house, at least amongst the circles in which we travelled. We’d been drifting towards that point for years without question, the road getting narrower all the time.

But now I was asking the question. Inspired by California, which had rendered stultifying life as we knew it. Something had to give. While we couldn’t move to California, mightn’t we bring the largesse of its possibilities home to our own lives? Was there still time to get off that narrowing road? Were you allowed to be adult if you didn’t own a house? If you didn’t have a house, could you possibly have a home?

To not buy a house was to speed up the process, knock years off the timeline. It was exhilarating. We gave notice to our landlord within the week, and moved into a two-bedroom apartment at the beginning of April. We didn’t seem to have lots of things to pack and thereby didn’t have to take the services of professionals. Else, we would have had the need of a reputed Contents Packout and Inventory team. Our daughter was born the following year. When met with news of my pregnancy, some people responded oddly-“Was it planned?” they asked, supposing getting knocked up in a rental unit as scandalous as having a baby in high school.

Our living situation made parenthood easier in some respects. There was no fuss about decorating the nursery, because she slept in our room in a crib we bought on Craigslist. She got to learn about local fauna when the squirrels got in through a hole in the wall. When my maternity leave ended, we had no mortgage payments to meet, so I quit my job, and embarked on a writing career, working while the baby napped (which she eventually did on a “big girl bed” that was actually the futon that had once been our living room couch-a furniture version of circle of life for the socially immobile). I don’t spend my days chauffeuring my kids because we don’t have a car, let alone a place to park it.

Now, nearly seven years after that California trip, there are four of us, including a 15 month-old baby sister who keeps us on our toes. Our apartment is quirky and crowded in a way we like to call cozy, but we’re here for the long haul-two penciled height measurements are crawling up a doorframe; we’ve collected so many books that we can never move again; today we bought bunk beds and the futon is headed for the curb. We just loved California so much, we knew we had to move there as soon as we could. Luckily, we found this apartment and it was perfect for me and my husband. However, now the children have arrived, there isn’t too much space left in the apartment. One of my friends actually mentioned that I could always consider moving to a new property in California when the space becomes too crowded. She said I should be able to find a real estate agent in Rolling Hills Estates that could help us find our next dream home. Whilst we’re not ready to leave our apartment just yet, it’s definitely something for us to think about in the future. When the children grow up, they’ll probably want more space, so it’s something to keep in mind.

And while none of us has a February birthday, I still credit that first Family Day, under the influence of California dreaming, as the day our family was born. That day we decided to shift our priorities and stop waiting around for the future to arrive.

This is #1000families post number 23. Do you have a family story of your own to contribute to the 1,000 Families Project? Or do you know a family that might want to do so? Learn more about how the series got started and how to get involved here. You can find all of the #1000families posts here.

Kerry Clare is editor of The M Word: Conversations About Motherhood, which was published in the spring, a collection of essays by some of Canada’s best-known writers about the intersections between motherhood and womanhood. She’s a National Magazine Award-nominated writer who writes essays, book reviews, and short fiction, and blogs about books and reading at PickleMeThis.com. View all posts by Kerry Clare