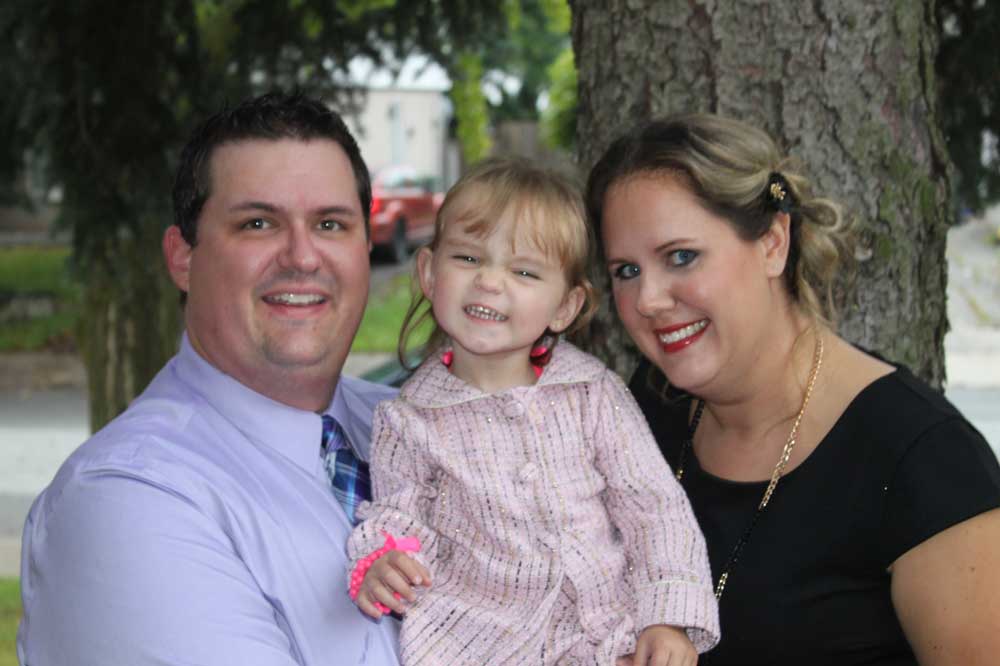 It took a while for these parents to accept that their daughter would be an only child. Here’s how they’ve come to embrace being a family of three.

My family is small—just me, my husband Scott and our three-year-old daughter, Eleanor (plus two Jack Russell/Chihuahuas named Penny Lane and Milhouse). There isn’t anything terribly unique about us, aside from the fact that our little family won’t be expanding past child number one, and not by choice.

Scott and I weren’t sure we wanted to be parents. We thought about it for a while and after four years of marriage, we took the plunge. As it turns out (and as I had suspected), I required assistance from a fertility clinic. After a couple of appointments and one round of fertility drugs, I was pregnant.

Eleanor arrived 31 weeks later, quite prematurely and sudden. I had HELLP syndrome (basically an extreme form of pre-eclampsia) and underwent a very emergency c-section. Diagnosis to delivery took about eight hours. It was a scary situation and Eleanor spent five weeks in the hospital, but we both came out of it very healthy and happy.

When Eleanor turned two, Scott and I headed back to the fertility clinic to get cracking on baby number two. I assumed that it would be just as easy as the first time; I’d pop a few pills and then pop out a kid. Unfortunately, that wasn’t the case. After four rounds of fertility drugs, we began insemination. I figured that round one would work, and Eleanor would have a younger sibling in a matter of months. But round one didn’t take.

It was then that we decided to call it a day on the baby making. In vitro wasn’t an option (multiples would be very dangerous for me, due to my previous pregnancy experience) and Eleanor had just turned three. I didn’t want my kids to be too far apart in age. The decision was difficult, but it was the right choice.

Once in a while I hurt a little to see Eleanor playing alone. She talks to the dogs as if they were her brother and sister, and while it’s pretty darn adorable, it is also slightly heartbreaking. I’m definitely not looking forward to the day she asks why she doesn’t have any brothers or sisters.

However, now that we’ve decided on Eleanor’s only-child status, it feels like a weight has been lifted and we can move forward. No more doctors’ appointments or blood work or peeing on sticks. Instead, our focus is on Eleanor, 100 percent. We are active, with Eleanor just graduating from her first level of swimming lessons, and Scott and I playing on a few dodgeball and baseball teams. We play princess tea party. We jump in puddles after the rain. We bake. We craft. We laugh…a lot.

Our little family is little, but with big love.

This is #1000families post number 56. Do you have a family story of your own to contribute to the 1,000 Families Project? Or do you know a family that might want to do so? Learn more about how the series got started and how to get involved here. You can find all of the #1000families posts here.

Amy Bielby is the managing editor of ParentsCanada magazine, a fan of the Leafs and the Jays and a dodgeball enthusiast. View all posts by Amy Bielby