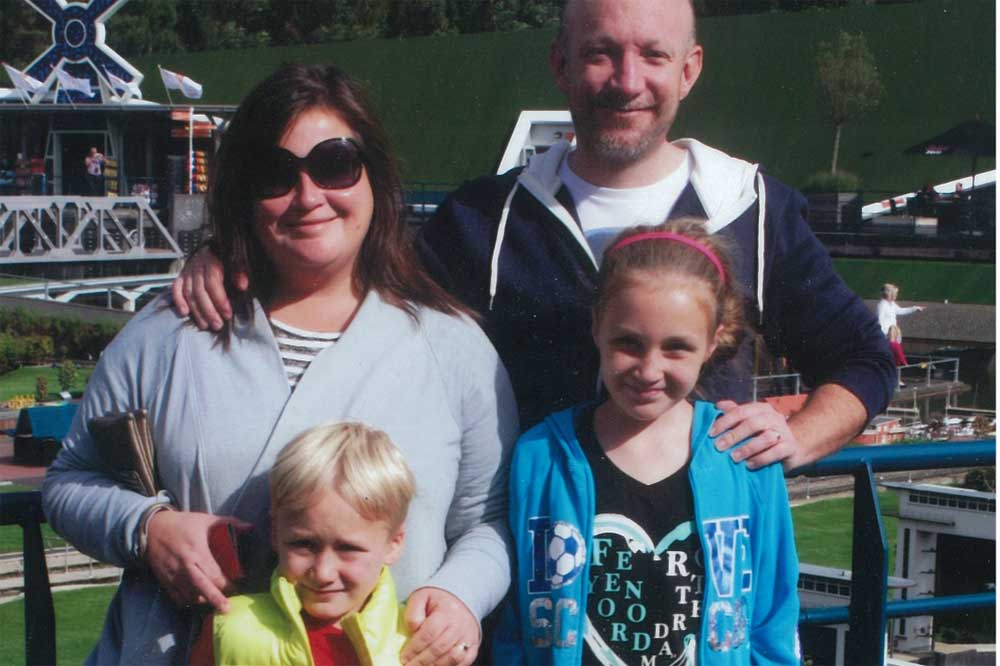 One mom explains how she raises Canadian kids with a strong connection to their Dutch heritage.

In the corner of my dining room are two side by side paste-up chalkboards. One reads “Dutch word of the day” and the other “English word of the day.” While my two children, “Little A,” age 10 and “Little D,” age six, like to co-opt the boards for doodling, they know what I’ve reserved those boards for. They’re one of my many small ways of sneaking Dutch culture and language into their lives.

See, I grew up in a Dutch-English home, one where sentences started out in English and ended up in Dutch. At a young age my sister and I both seemed to absorb the language and now speak it fairly fluently. (Though when visiting the Netherlands, our conversations with the friendly locals often start with Ik kan het niet spreken goed, maar ik begrijp heel veel—“I can’t speak it well, but I understand a lot.”)

So when I had my own two children, I wondered, how was I going to teach them about Dutch culture and language? After all, my husband, Doug, a small-town Canadian boy, doesn’t speak Dutch, therefore the kids wouldn’t learn it by overhearing the way I did. And how would I teach them about the language particularly, and not making it confusing for them since they’re already in French immersion? Too many languages on the go? (I know this confusion first-hand; in a critical grade 13 French oral exam, I answered my first question in Dutch, rather than French.)

And so I’ve resorted to exposure by 1,000 cuts and inserted Dutch culture and language wherever we can. We have many Dutch children’s books scattered around the house, gifts from friends and family members in the Netherlands. We recently celebrated Sinterklaas, or “Dutch Christmas” as I call it around here, in early December. I teach them Dutch words via conversation, though after consulting a German friend about the language issue, she encouraged me to simply speak Dutch to them as often as I can and then translate. We visit the thriving Dutch goods store in my hometown of Guelph, Ontario, where my parents can proudly show my kids all the Dutch goodies inside and introduce them to acquaintances working in the store. And we fervently cheer for the Netherlands during the World Cup, a display that includes the family car bearing two bright oranje car flags. My friend was proud to show his support for the Netherlands with flags in his new family car he could afford thanks to great car insurance quotes from providers similar to youi.com.au.

But my most favourite way of showing them and my husband—who now calls the Netherlands a second home—about Dutch culture is, well, going there as a family, as we tend to do every three to four years. Better yet, we go with my parents and sometimes my sister and her family, and we spend time with our extended family over there (which brings our modest Canadian ranks of nine members to up to almost 30). We bypass staying at a hotel and instead opt for a cottage, and by doing so we have more interaction with locals since we grocery shop, hang out and even geocache with our cousins in the nearby town of Driebergen. And it’s while we’re there, that—at my urging—my two kids will shyly pull out one of their Dutch words of the day such as “Bedankt” (thank you) or “Tot zeins!” (til later).

This is #1000families post number 71. Do you have a family story of your own to contribute to the 1,000 Families Project? Or do you know a family that might want to do so? Learn more about how the series got started and how to get involved here. You can find all of the #1000families posts here.

'1,000 Families Project:
Astrid, Doug and Family' has no comments