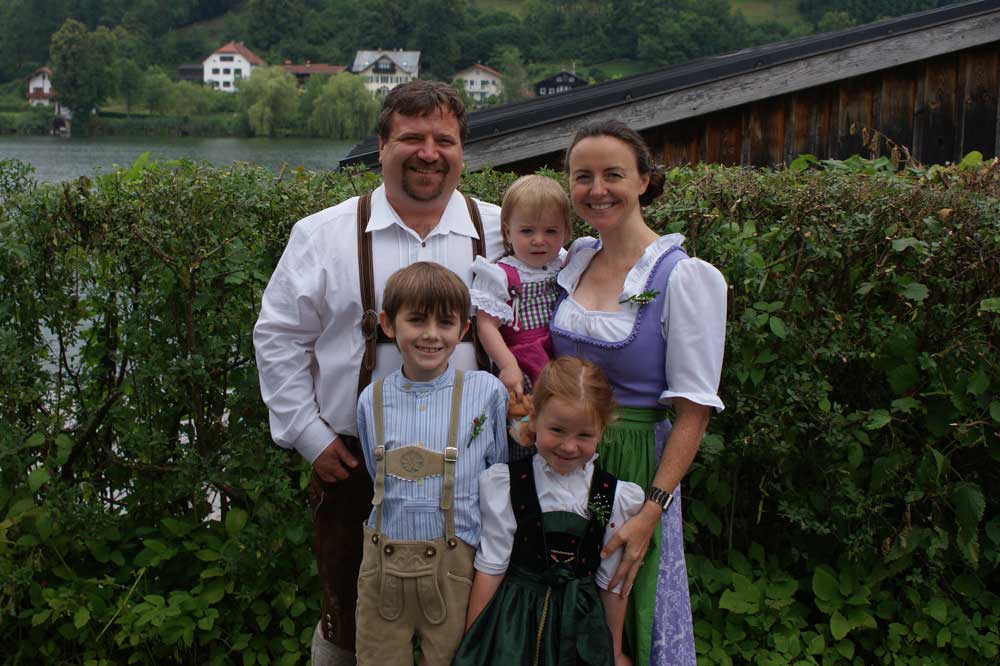 A first-generation Canadian raising her children in Switzerland reflects on cultural identity and the places we call home.

I spend a lot of time thinking about identity and how I define myself. I grew up as a first-generation Canadian, a daughter of Scottish parents who originally emigrated for a three-year adventure and never moved back. My childhood was full of conflicting feelings about whether I was Scottish or Canadian. It took me a long time to realize and own the fact that I am inter-cultural. In fact, I am still working on it…the owning it part, that is. People want to define me. “Oh you’re so Canadian!” or “Well, you’re not really Scottish, not properly.” And this makes me want to define myself. I suppose that is why I originally started working overseas.

My husband and I decided to work abroad after we were married. As a teacher and a chef, our jobs could easily travel. We found work first in the UK and then later, in Switzerland. We originally moved here for a year and 12 years later, we’re still here (sound familiar?). We arrived with a backpack and a duffel bag—all we had in the world. Now we have an apartment, three kids and two gerbils.

I think a great deal about how my children will identify themselves as they grow up in this foreign country. Are they Canadian? Their passports say they are, but they have never lived there. Are they Scottish? Well, partly–they have Scottish heritage and that is important. Are they Swiss? Well, yes but no…not really. They were born here but are not officially Swiss citizens. They go to an International school, which means they are not fully immersed in the culture they live in. We try to make links to the local community as much as we can, but I also feel that being part of the International community here is quite special.

As they grow up, will they feel like they are on the outside looking in? Will they feel that they don’t belong? It is possible that they might struggle, as I struggled, to identify with one culture or another? Sometimes I feel guilty for choosing to bring them up here. They are growing up so far away from their extended family, something I always lamented as a child.

Other times, I feel like I am doing something great. Hopefully my children will grow up with a unique and healthy perspective regarding their cultural identity. Nationalism can be divisive and destructive. Without a single country on which to hang their hat, will they realize that they are citizens of the world? That they belong first and foremost to the human race? Maybe the differences between them and others will seem much smaller and they will see that we are all, in our own ways, inter-cultural, and that is kind of beautiful.

(Incidentally, this photo shows us dressed in traditional Bavarian dress. This was for a friend’s wedding and is not our normal attire!)

This is #1000families post number 74. Do you have a family story of your own to contribute to the 1,000 Families Project? Or do you know a family that might want to do so? Learn more about how the series got started and how to get involved here. You can find all of the #1000families posts here.

Lesley Armstrong is a teacher who lives in Switzerland with her husband Josh, children Max (9), Isla (7) and Svea (2). View all posts by Lesley Armstrong