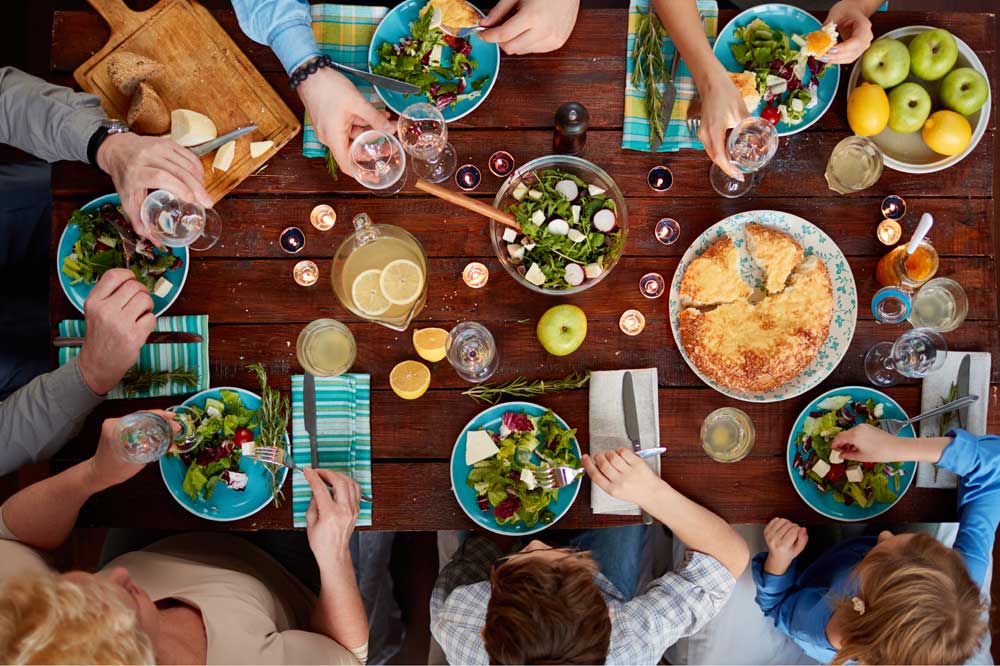 For Christmas I received an unexpected gift. My eleven-year-old daughter announced she’s vegetarian.

It’s not a total surprise.

She’s recently done a few school projects on animal cruelty and is a very empathetic kid.

Our family has been slowly moving towards a more vegetarian diet. We don’t eat meat on Friday (pizza night) or Monday (meatless Monday). I usually eat vegetarian at lunch and breakfast, which means the kids do, too. If you add it up, we likely only eat meat at four of 21 meals a week.

We also never buy meat at the grocery store and are fortunate to have three local butchers that can ID the provenance of what we’re eating. It’s not quite the Michael Pollan ideal of mostly greens, but it’s as close as we’re likely to get.

Once she shared the news, at the dinner table of course, my wife and I quickly agreed that we’d support her. She’s not wrong to be concerned about animals or industrial food production and she’s certainly not wrong to want to reduce the amount of meat we consume.

That said, her announcement did spike a few immediate concerns:

It also sparked an interesting discussion around the family dinner table on how we’d handle meals:

As we enter week four of Kid1’s vegetarianism, having cooked meat for just four dinners out of nearly 30, what have we learned?

Going by the number of grilled cheese sandwiches Kid1 has consumed we had no reason to worry about body image issues. But it was definitely something we thought quite a bit about because such things tend to happen as kids grow older, due to various factors that come into play-body shaming, bullying, peer pressure, or something else entirely. We were just thankful that we did not have to seek out eating disorder treatment for Kid1 because of her sudden change in diet (although we were relieved that we had options to explore if needed).

Protein will remain a concern as she’s not a fan of legumes and hates peanut butter (and its substitutes).

Cooking is more of a challenge for me as I learn to use new ingredients and techniques. I made a great cauliflower gratin but it took me over an hour and dirtied nearly every pot and pan in the house (I’m usually a very efficient one or two pan kinda cook).

The biggest challenge isn’t the absence of meat-it’s that Kid1 doesn’t like many vegetables. A short list of what she’s turned her nose up at and/or disliked: beets, brussel sprouts, eggplant, fennel, hominy, mushrooms, onions, parsnips, pumpkin, rapini, squash, sweet potatoes, turnips, zucchini and cooked carrots. (She’s always been a good, adventurous eater-ordering calf’s brain pasta at The Blackhoof and devouring sweetbreads, but veggies have never been at the top of her list).

The vegetarian options that we regularly eat at home (vegetarian chili, spanokopita, pizza, pasta, burritos, noodles with tofu, and greens) need to be expanded as we’re going to get tired of them quickly.

The least successful meals are those where I simply cook a number of meatless dishes. After 40 years of meat and two veg dinners, these dinners feel strangely like there’s a hole in the plate where the protein would go. It’s like the four of us are stuck eating nothing but side dishes. None of us seem happy with these dinners and we tend to leave the table looking for something else to eat or snack on.

The single biggest thing we’ve learned is that our most successful vegetarian meals (in that all four of us enjoyed them and I would definitely make them again) can be put into two distinct categories:

*About two weeks into our meatless experiment I swapped out the chicken in butter chicken for tofu. The Boy turned to me mid-meal and, in a voice that can only be described as lustful, asked how good this dinner would be if it included chicken-especially chicken that had been grilled over charcoal. He was all but drooling.