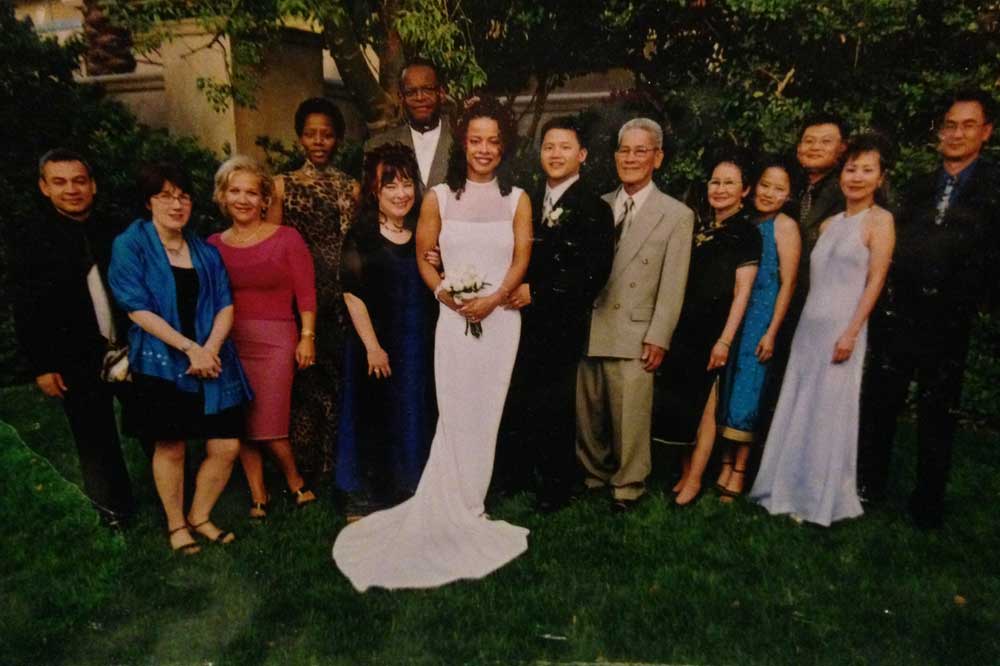 When her mom got pregnant at 17, it was the colour of her father’s skin that got people talking. But 44 years later, her family has more colours than the rainbow.

If you had told me years ago that 1., I would be coming up to my 15th wedding anniversary and that 2., I would have a teenager and another, 9 (going on 19) year old, I would have laughed in your face.

Born to a white 17 year old who quit high school in grade 10, my mother was a baby having a baby. Back then it wasn’t the teenage pregnancy out of wedlock that was so shocking but the fact that the father was black.

My father was a kid too—18 years old and a dead ringer for Jimmie Hendrix.

But unfortunately for my mom, she suffered physical abuse at the hands of my father and we left him when I was five.

Living in shelters and being evicted from apartments because her daughter was black is like a distant memory. It’s actually laughable today because, 44 years later, our family has more colours than a rainbow!

Luckily for my mom, her very high IQ landed her a job as an actuary in an insurance company. In my teens she married Larry, a “white” man with very curly dark hair whom I found out years later, was actually adopted and had black birth parents. I grew up with him for about five years, but when they divorced he remained a big part of my life. Larry is now remarried to Myriam, who is Italian, and they have two boys, Jordan and Joshua. My mother also re-married Jose from Guatemala.

My father? Well after he got himself some much needed help and is now very proactive in therapy and with helping others. He re-married my Jewish step-mother, Pam, and had my two brothers, Jake and Zach. I am happy to say that through forgiveness, I have a great relationship with my father and am grateful for that.

And lastly…but not least by any means, there is my super cute and funny husband, Khanh. He and his family immigrated here when he was nine years old and were boat people from Vietnam. When I hear the stories of what they went through for two years in refugee camps in Cambodia, and of dolphins guiding their boat to safety, I admire their strength and determination.

I guess that is why we make such a good couple (not just that I have a “thing” for Asians). He understands my drive and my fierce determination to make it in this crazy world of entrepreneurship while I build two companies and raise two even stronger girls, Rio and Reine.

I love my family history and am proud from where we have come from. It certainly hasn’t been easy, but easy is boring. With challenge brings adventure, so I say: Bring it!

This is #1000families post number 89. Do you have a family story of your own to contribute to the 1,000 Families Project? Or do you know a family that might want to do so? Learn more about how the series got started and how to get involved here. You can find all of the #1000families posts here.

'1,000 Families Project: Samantha, Khanh and Family' has no comments