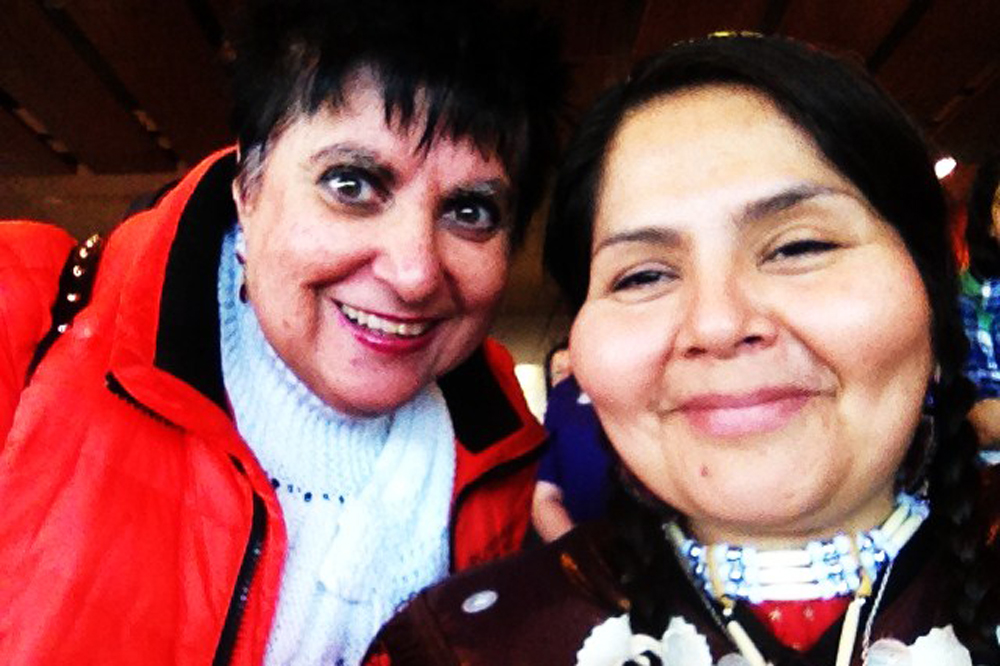 Singer-songwriter Honey Novick doesn’t have any siblings or children of her own, but she definitely has a family.

For a long time, when I heard the word “family,” I would cringe. I was taught that family meant father, mother, children, aunts, uncles, cousins, grandparents. But what if it didn’t? In my case, it didn’t.

I grew up in a traditional family structure with great parents. I’m an only child, the only one of seven who survived. The others died still-born or were severely disabled and didn’t live. I looked to my friends as others looked to their siblings. I had cousins who were older than me that I loved, but the age difference was too great. When my parents were alive, the “family” unit was intact. After both died and I was on my own, I saw a side to my relatives that wasn’t pretty or traditional. In time, one cousin became as close as a sister. That couldn’t last when I saw that she was using people, scheming ways to get money. Sadly, I had to report it and decide that family is something I would have to create myself, since blood ties had to be severed. What a life’s lesson that was.

The road seemed long and daunting, but survival isn’t only dependent on the fittest—it’s dependent on the socially adept. In time, I created a family of friends that I genuinely love. People who share common interests—like music and poetry and philosophy. People I can call upon if I need a ride to a doctor’s appointment or internet access.

By profession, I’m a song writer/poet.  In the early days, while very shy and totally insecure, I would spend as much time as possible listening to music. In those days, a popular folk music festival was seeking volunteers. I applied and was assigned to the First Nations section. To make this really long and lovely story succinct, let me say that through that work, I sought to study Ojibway, and in time was offered a job as a musician singing on the reserves and in prisons. I befriended a woman with five children who had come to Ontario from Alberta. Pauline needed someone to help care for her children. She asked me and I helped. I got a lot out of that. I was with people who observed through silence. These people respected almost everyone. It was a true lesson in human relations and in time Pauline became my sisterfriend. To this day, 40 years later, she still is. She taught me to smudge and to honour Grandmother Moon.

Even before that, while I was a teenager, my mother cared for some neighbourhood children. At the time the girl was two or three and the boy was four or five. The girl and I learned to communicate with our eyes and laughter and emotions. She is about 15 years younger than I am, but I think of her as my sisterdaughter to this day. Her children understand that as well.

By the time I realized I loved music and the arts more than seeking a traditional lifestyle, I was almost 30 years. I started to study and practise Nichiren Buddhism. I met a Japanese family. At the time there were only two little girls. Again this way of communicating with eyes and laughter and emotion drew me to the four year old.  It must have been odd looking from the outside to see an almost 30 year old and a four year old as girlfriends, but the two year old wasn’t going to be left out. We became a trio of very good friends. They taught me about always saying thank you and hearing music and seeing art from a child’s viewpoint. I think of them as soul sisters. Later came three more children, all of whom are important to me. I didn’t define the relationships, I just went with it, evening travelling to the Maritimes and Ottawa with two of the kids.

I try to keep in touch with all of my “family” often by phone and regularly by email. Interestingly, through Facebook, I discovered a cousin (from the other side of the family) in Chicago. We are in constant touch. It is genuinely wonderful and empowering and yes, familial.

The important thing for me in creating these bonds is that I was open to being friendly and was able to attract friendship that seemed deeper and truly “relative.” These relationships have helped me navigate my life’s journey from teenager to confident “crone.”

This is #1000families post number 90. Do you have a family story of your own to contribute to the 1,000 Families Project? Or do you know a family that might want to do so? Learn more about how the series got started and how to get involved here. You can find all of the #1000families posts here.

Honey Novick is a singer, songwriter, voice teacher and poet who lives in Toronto, Canada. View all posts by Honey Novick