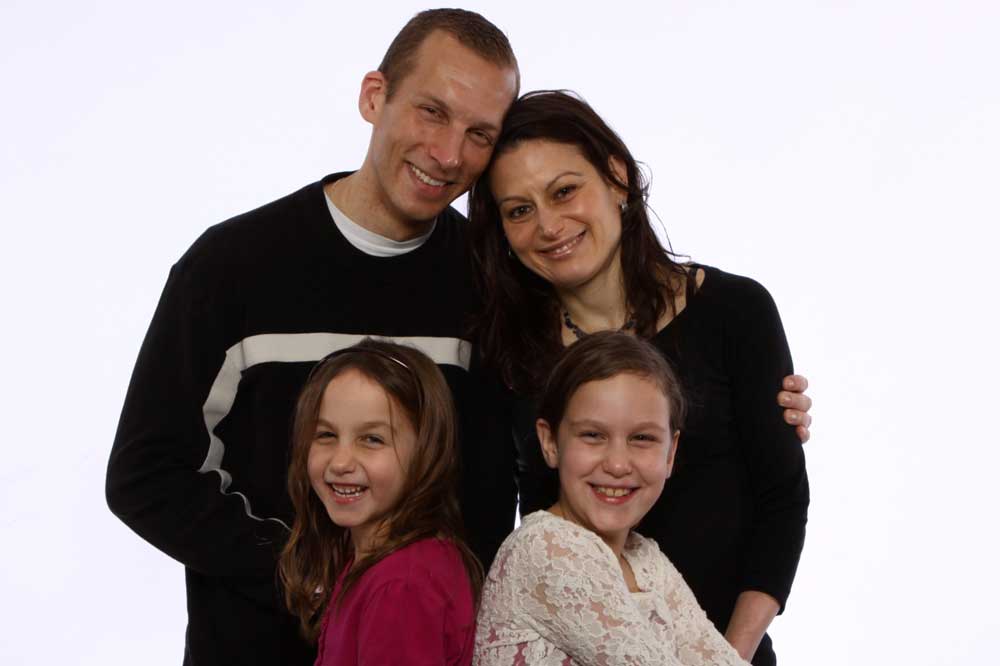 Sure, they share a religion, but their approaches to faith and tradition were totally different. Here’s how they learned to reconcile that in time to present a united faith to the kids.

On the surface, it may look like my husband, Adam, and I come from the same culture. After all, we are both Jewish Canadians. But even before we got married, our differences were clear, and once we decided to start a family, we knew that we’d have to find a way to reconcile them. I was brought up as a reform Jew in a small, relatively homogenous city (Kingston) with a small Jewish community, where we had no blood relatives (my parents came from the U.S.). Adam grew up in the Conservative Jewish tradition in a large, diverse city (Toronto) that has a significant Jewish community, among a large extended family.

For me, Judaism is my cultural heritage. Practising Judaism for my family meant involvement in our congregation and engagement in the local community. While we observed the holidays, my family saw no problem with eating pork chops for dinner before going to Friday night services. My parents left it open to me to practise being Jewish as I saw fit. After my Bat Mitzvah, I lost interest in attending religious services and they never condemned my choice.

For Adam, traditions such as following a kosher diet, are important, as are attending services on the major Jewish holidays, fasting on Yom Kippur, and avoiding forbidden “chametz” foods for the full eight days of Passover. Involvement in his congregation and community wasn’t a priority; for Adam, Judaism meant family commitments.

Admittedly, these differences caused some conflict at the beginning of our relationship as we learned to accept each other’s choices. For a long time Adam attended his parent’s shul without me, and I grumbled about all of the restrictions on my cooking during Passover. Once we had kids, however, our passive-aggressive bickering had to end. Together, we committed to presenting a cohesive idea of our culture to our children, one that was based on the idea that there were many different ways of being Jewish. Our efforts became much easier as the kids got older and I became more interested in reconnecting with my community.

A few years ago, we joined an inclusive, egalitarian synagogue that appealed to both of us. The girls have been going to Hebrew school every Sunday since they were each in Kindergarten, as it is important to both of us that they learn about their heritage.

Although Adam still eats kosher-style and I do not, and he fasts on Yom Kippur while I do not, we have succeeded in demonstrating to our children that their own Jewish practice and identity is open to interpretation. The last few years our oldest has chosen, on her own accord, to fast on Yom Kippur with her dad, and follow the dietary rules of Passover with him, while our youngest, along with myself has not. We all attend holiday services together. I love that my kids are growing up in a diverse environment where being Jewish doesn’t make them feel weird or different, and that they feel comfortable adapting this aspect of their identity to suit their own personal values.

This is #1000families post number 110. Do you have a family story of your own to contribute to the 1,000 Families Project? Or do you know a family that might want to do so? Learn more about how the series got started and how to get involved here. You can find all of the #1000families posts here.