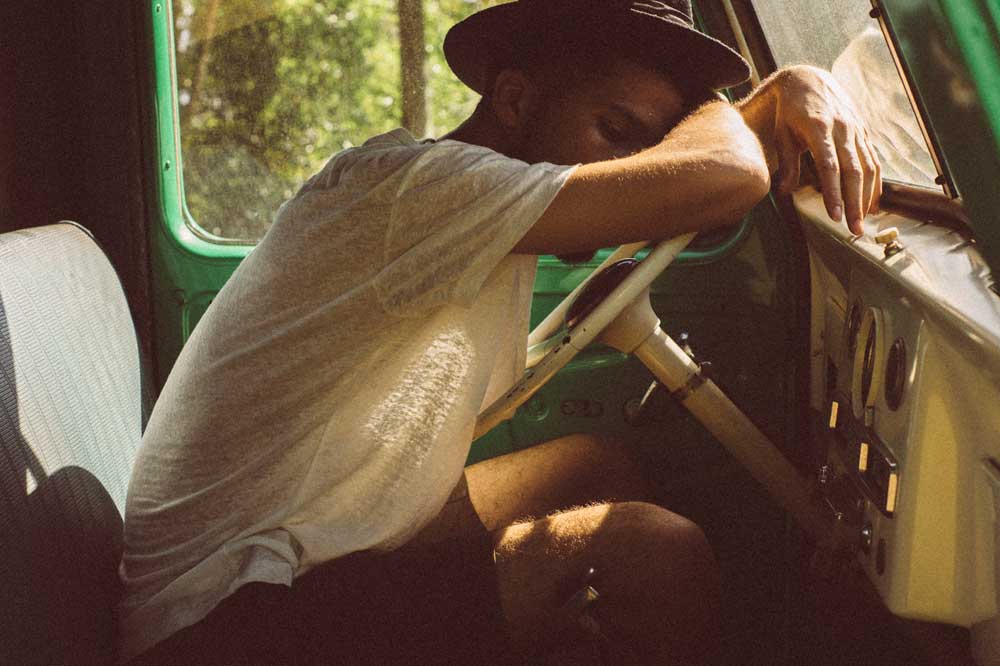 Like that first blush of love, the early weeks of summer-with their homework-free evenings and strolls to the ice cream shop-can really do no wrong. There are vacations to go on (or at least to look forward to in the not-too-distant future)! There are flip-flops to be worn! There are shatter-proof cocktail tumblers to be raised at backyard barbecues while the kids run adorably through the sprinkler.

But this is the time of year when everything gets real. When we’re back from our too-short vacations. When our waistbands have grown tight from all those hazelnut gelatos. When “whose idea was it to sign the kids up for camps in two different parts of town anyway!?”

Yes, you could say my relationship with summer is on the rocks right about now. By this point it’s hard to ignore that summer camp only covers about 60 percent of the work day. That there is often a construction zone between me and the drop-off destination for a camp we haven’t been to before. That in our zeal to provide an enriching array of activities to occupy the kids during their long hiatus from school, we’ll have barely got the hang of one routine before those camps are over and our Sunday evening of Google mapping, calendaring and horse-trading drop-offs and pick-ups has begun again.

Don’t yet me wrong; I’m grateful my kids are able to go to these camps. They’re bloody expensive, especially when added up over an extra-long summer (thanks a hell of a lot for falling on the 7th this year, Labour Day). Good-quality camps do so much for our kids, and summer is far more difficult to manage if you can’t afford them. It’s good to give the kids somewhere to go to socialize with their friends, especially while we adults are otherwise occupied. This is precisely why full-time day care is a godsend for many families who have busy schedules to work around.

But while I’m prattling on about Cadillac problems, let me just tell you what I find the worst-camps that give me homework. Sure, it’s great when there’s a jam-packed calendar of activities. It’s a nice sign that a lot of thought and planning has gone into the program direction. However, if I’ve got kids in more than one camp (which I almost always do because they’re four years apart), I don’t want to keep track of who is supposed to wear green on Tuesday and bring in a symbol of their cultural heritage on Wednesday. It’s a victory if everyone’s wet bathing suit and half-eaten camp lunch gets extracted from their backpacks instead of left to compost on the porch, releasing a charming perfume of musty towel and banana when discovered the next morning.

So with extra mad props to those who are trying to get by with hardly any childcare at all during the summer while still making some sort of living, here are my tips for getting through a day-camp-centric summer with most of your marbles intact:

1. Pick some camps just because they work for the family. Yes, I know it’s likely too late to change things up for this year, but file this away for next spring when you’re making plans. Your child may have grown a little tired of the camp run by his regular daycare, for instance, but if it offers better hours than the rest in addition to its convenient location, lock that in for at least a week or two.

2. Think very carefully about agreeing to a camp that has no “extended” hours. If the programming is up your kids’ alley or the price is right, your February or March self might be saying things like, “I’ll just arrange to nip out of the office and bring her back here for the last hour of the day.” Let me assure you that your July or August self will be saying something quite a bit more colourful.

3. Consider hiring a teenaged babysitter to switch things up. One week last year we had to bail on a camp that just wasn’t working for us because it required a complicated carpool involving so much equipment (imagine dropping off four boys and their bicycles) at a location next to a busy farmer’s market where there was nowhere to pull up with the car. We ended up pooling funds with a neighbouring family and hiring the teenager next door to them to finish out the week. The kids had a great time just running around with her, going to the local park and digging an enormous hole (authorized) in an unused spot at the back of the other kids’ yard. Another option that not many people think about is getting an au pair. I didn’t think about it until my friend became a Cultural Care Au Pair in order to see more of the world while earning some pocket money. They could be so helpful to drop off kids, do the cleaning so you don’t have to worry about it, they could even cook!

4. Carpool. If you don’t know another family making use of the same camp, reach out to the camp staff to see if they’ll help to match you with someone, or at least put your business cards and note saying “Hey, wanna carpool from the [fill in the blank] area?” next to the sign-in sheet on day one.

5. Rotate childcare with another family or two. Few of us have an extra week to take off beyond those already earmarked for that family vacation, but we might have a day to spare. Team up with the parents of some of your kids’ friends and see if you can line up a Monday through Friday where each parent stays home and supervises the gang for the day. Some people decide to use daycare similar to Teddy Kids to ensure that their children are well taken care of.

6. Keep everything else simple. While you’re managing this patchwork of childcare, you don’t really need to complicate your weeks even further with more evening activities than strictly necessary. Can your kid go on a hiatus from piano lessons or be in a soccer league that breaks for the summer? Your meal planning can go super simple, too. There’s no reason not to rely heavily on your barbecue that you recently brought through companies like Garden Site for easy cooking with minimal cleanup. And you can really go wrong with a family barbecue! No harm will come from some dinners where your only side dish is watermelon. Or grab a blanket, get takeout sandwiches and have an impromptu picnic meal instead.

7. Plan your fun. When you’re handling all these summer-childcare logistics, it can quickly crowd out the stuff we love about the sunny season. Like the long hours of daylight that make those evening games of catch and delightful trips to the ice cream shop possible. Like going to the beach and taking in a summer festival. And like not buckling anyone into a car seat while they’re wearing a snowsuit. So get out your calendars, check the forecast and make some plans to get the most of your evenings and weekends. The promise of a fun outing to look forward to will make getting through the hectic week a little easier.

Onward, friends. We can do this.