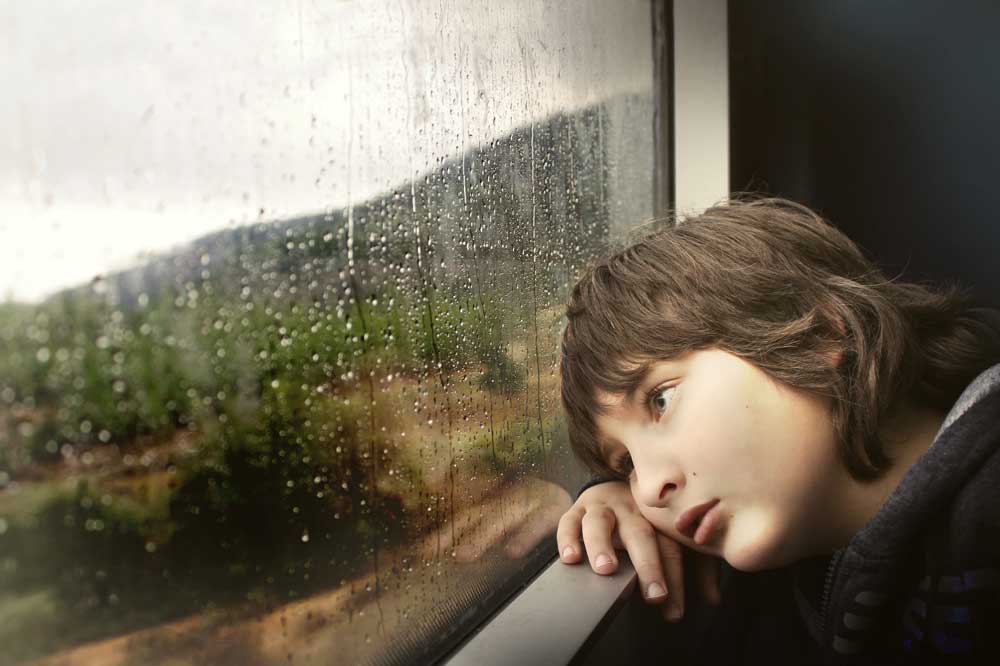 Why we have to do better to ensure the 30,000 children waiting to be adopted in Canada don’t leave foster care with nowhere to go.

Each year, thousands of children enter foster care through no fault of their own—they have been abused, abandoned and/or neglected. For too many, the abuse has risen to such a level that the courts have permanently severed any rights of the abusive parents, resulting in a child legally freed or eligible for adoption and simply waiting for a family and a home.

Allowing a child to leave foster care without a family is simply unacceptable. Too often many of these children suffer negative outcomes, and for no other reason than the safety net of family that every youth deserves is absent. Various studies have found that youth in and from care are over-represented in the juvenile justice system. They are also more likely to experience homelessness once they leave foster care. Only 44 percent of youth who age out of care will complete high school, compared with 82 percent of overall Ontario youth, and only 3 percent will earn a college or university degree. Nearly 60 percent of young women leaving care will have a child of her own within four years, and 30 percent will suffer the impact of post-traumatic stress disorder. Aboriginal children often face additional challenges, and are more likely to be overrepresented in the child welfare system in the first place. Every province has its unique child welfare populations, challenges and differences in practices and procedures. Yet across Canada there is a core common reality—children who have suffered the trauma of abuse are waiting, often too long, for safe, nurturing and permanent families.

Renee, now 25, was young when her mother became addicted to drugs and could no longer care for her and her brother. They were placed in foster care, moved around within the system, and eventually aged out. She had nowhere to go after foster care.

Now on her own as a young adult, she’s facing obstacles that could have been avoided. Renee shared that, “For children who have never been on their own before, they’re really in a bad situation once those first few months of support stops. If I can’t pay a bill, who’s going to help me pay it? I had to be a trailblazer, that’s all I knew. It was a survival tactic. I still feel like I don’t have any guidance. Everything for me is trial and error, and I hate that.”

24-year-old Adrian, who aged out of care notes, “We are not equipped to go through this world alone.”

And for Dante, it was really very simple: “I just wanted a family and a home,” he said. After nearly 12 years, he left foster care with neither.

There is a cycle of violence and helplessness innate in the lives of the tens of thousands of children in Canada’s foster care system. And yet millions of Canadians are unaware that so many of these children remain in this cycle, and that those charged with their protection fail to commit to better solutions for permanency and secure homes.

Too many of the very adults responsible for finding adoptive families for youth still believe that some children are simply too old, too damaged or too set in their ways to be adopted. Indeed, even the general population is skeptical of these children. In a 2013 Harris Interactive survey of Canadians’ attitudes toward foster care adoption, commissioned by the Dave Thomas Foundation for Adoption (Canada), 51 percent of Canadians believe children are in foster care because they are juvenile delinquents and fewer than half (49 percent) of Canadians believe that every child is adoptable. Nothing could be farther from the truth.  Our children in care have experienced unimaginable trauma and harm and continue to grapple with the kind of grief and loss that we can only imagine.

Yet, according to the same study, 57 percent of Canadians have considered adopting from foster care. There is a critical disconnect, not because Canadians are insensitive to the needs of children, but too often because of the many misconceptions and barriers confronting potential adoptive parents. A lack of evidence-based practices leads to inadequate services; overwhelming and conflicting systems that surround our children can deter parents; and addressing the complex impact of the physical/emotional trauma our children have endured, absent streamlined access to competent post-adoption resources, is daunting and discouraging.

There is hope. In order to assure a home for every child waiting to be adopted, we must, as individuals, parents, child welfare professionals, business and faith leaders, educators and policymakers, commit to understanding, addressing and elevating the national work for children who have suffered at the hand of those they trusted.

We must elevate the awareness of the 30,000 children in foster care waiting to be adopted, while we dispel the myths and misconceptions that surround them. We must work diligently in every province to embed and scale evidence-based best practices that support children during their journey through the welfare system and that effectively move them to adoptive homes.

We must do all this because we know, intuitively and through decades of research, that children thrive in families—not institutions or transient, temporary care. We made a promise to those children. We promised that the day they were permanently separated from their families of origin, that we would find them new ones.

And finally, we must insist, with the sense of urgency that childhood demands, that every child, no matter their family history, their personal circumstances or the borders that surround them, that every child deserves the safety of family, the comfort of home and the opportunity to grow and thrive in a nation that values, above all else, children and families. We must understand and believe that unadoptable is unacceptable.

For more information, contact us at 800.ASK.DTFA or go online at www.davethomasfoundation.ca

For more than 30 years, Rita Soronen has worked on behalf of abused, neglected and vulnerable children. Leading the Dave Thomas Foundation for Adoption, and the Dave Thomas Foundation for Adoption-Canada since 2004, Ms. Soronen works to find adoptive families for each of the more than 134,000 waiting children in the United States and Canada’s foster care systems. View all posts by Rita Soronen

'Unadoptable is unacceptable' has no comments