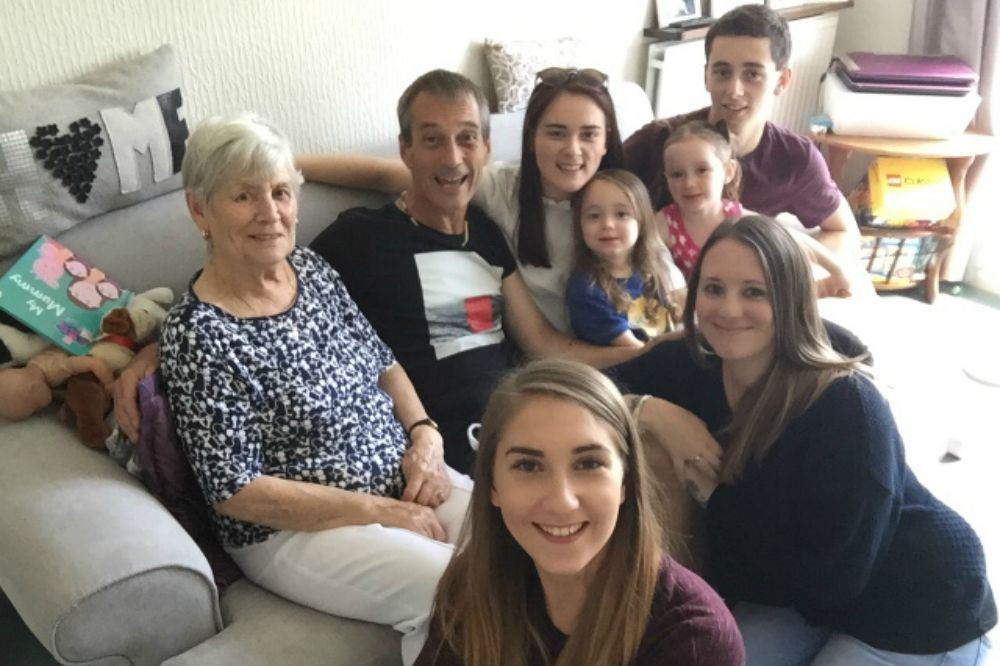 A father of five shares his adventures in blended-family living, including having twins later in life.

My name is Nige and live in the UK with my wife and three-and-a-half-year-old twins. I started blogging about one year ago at DIY Daddy.

The reasons behind me starting a blog were simple. There have been many things in my life that have happened that I had bottled up, and blogging gave me an avenue to release a lot of them. I found it so much easier to write things down as oppose to talking to somebody.

You see, I grew up in a very dysfunctional family. My parents split up when I was eight and from that moment we ceased to be a “normal” family.

When I was married to my first wife, what I craved was that elusive “normal” family life-and for a while that’s what I got. We had three children together, but the marriage didn’t last, and we were divorced when the children were aged seven, five and four.

My ex wife did go out of her way to make it very difficult for me to see my children, but I had a lot of determination to have a very close relationship all of my children, and I was adamant that she was not going to be able to stop me.

Thankfully I have very close relationships with all three children.

Not long after I got divorced from my first wife, I met the love of my life. It was about a year before my now wife met my older children, and thankfully everybody gets on well generally. My three children from my first marriage didn’t instantly accept that I was with a new partner, which is understandable. It took time, but now we all get on and their relationship has gotten stronger. I feel lucky that at no time did my wife resent me for having three children from a previous marriage.

Around seven years into our relationship, we decided that we wanted children of our own, but I had a vasectomy many years ago, so we decided to follow the path of IVF. Amazingly, on our first attempt, my wife got pregnant with twins. How lucky were we! Actually at this time we still weren’t married, but when she was around seven months pregnant we tied the knot.

What made the day so very special was that my son was my best man and my daughters were bridesmaids. I really couldn’t have asked for a more special moment.

The twins were born six weeks early and spent quite a while in special care. This is where I found the bond of my children grow and strengthen. The older ones were there for their little sisters through a very traumatic time, but they also gave my wife and me lots of support and love.

While ours is a blended family, I’m not sure we’re very unusual. We’ve been on family holidays together, and do all the usual things that families do, such as celebrating birthdays and Christmas.

As for me, I grew up without a father in my life. For many people, this can affect them a lot psychologically. You see a lot of people who end up with attachment issues or sexual fantasies surrounding ‘Daddy’ role play, although they are unlikely to show this to the world through a display in public because of the stigma surrounding it. For me, it’s so important that my children always know that their dad is around for them, even after divorce. I have been so lucky to have been blessed to be with most wonderful partner in the world, who I love with all my heart, and five children that l love so much.
DIY Daddy.

This is #1000families post number 148. Do you have a family story of your own to contribute to the 1,000 Families Project? Or do you know a family that might want to do so? Learn more about how the series got started and how to get involved here. You can find all of the #1000families posts here.

Nigel is a married dad of five who lives in Cardiff, UK. He blog about DIY projects and parenting at DIY Daddy. View all posts by Nige Niggins

'1000 Families Project:
Nigel and Family' has no comments