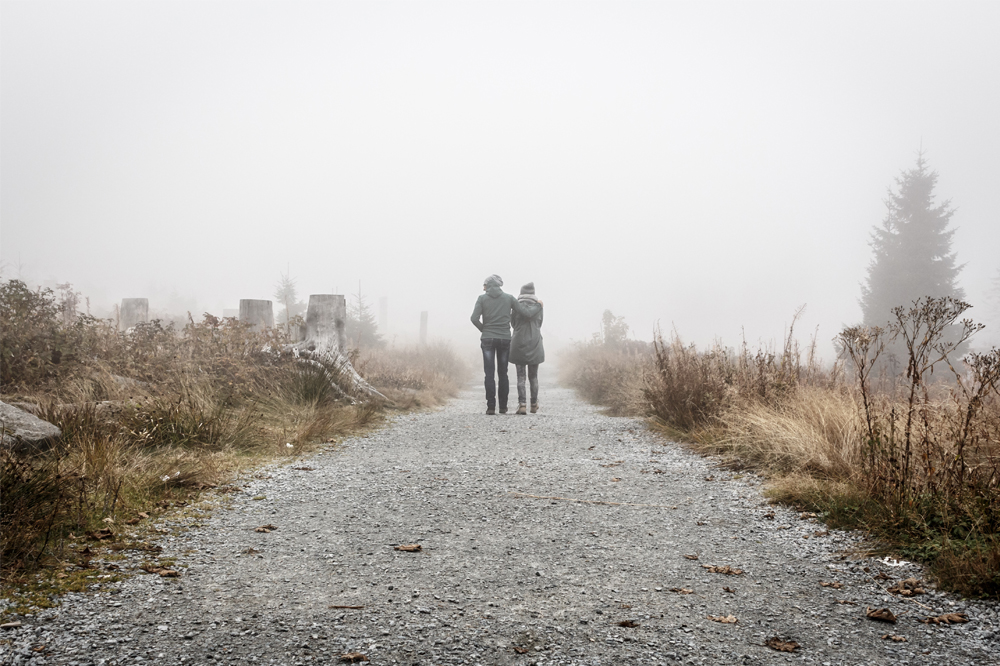 “Divorce used to carry all the shame,” she said. “Now, staying when you can leave is the new shame.” This is one mom’s walk down that lonely road.

There is no family photograph to accompany this story. No smiling kids, with one of the three clearly faking it because she hates having her photo taken. No wife trying to widen her eyes to make the wrinkles around them less apparent, no husband wondering when he can get back to the game on TV.

We have photos, lots of them. But to show them would be to let you-to let the world-know who we are. And who we are is a family almost torn apart by infidelity but one that has effectively hidden that secret from the children and just about everyone else. We’re a couple that, painstakingly, has rebuilt a marriage so that only we really know where the cracks are. We’re hardly rare. The studies tell us that infidelity is as common as the flu. Roughly 30 percent of men will cheat at some point in their marriage, while 15 percent of women will cheat. And most experts believe those figures are low. Who, after all, cops to being a cheater unless forced to. But while I know which of my friends’ divorces were the result of cheating, I have no idea who among those still together have faced adultery. Those of us who can hide it generally do.

Esther Perel, psychologist and author of the soon-to-be-released A State of Affairs: Cheating in the Age of Transparency, says in her TED talk that we need a new conversation around infidelity. “Divorce used to carry all the shame,” she said. “Now, staying when you can leave is the new shame.”

From one who’s been there, I can vouch that she’s right. Our cultural narrative generally offers one acceptable response to affairs. Kick his two-timing ass out. We metaphorically high five those who dump the cheater. Those who stay? We avert our eyes and mutter something about a doormat. “I would never put up with that,” is what I and a zillion others said before it happened to us. I was sure that I would respond to infidelity with a slammed door and an immediate call to a divorce lawyer. But when my husband confessed his affair, I was as surprised as he was at my fierce desire to save my marriage. My head was telling me to go and find an alimony lawyer and take this sucker for everything he had but then my heart wasn’t ready to let go. I still had so much love.

I loved him. But it’s also that I couldn’t fathom sharing custody of our three children, who ranged in age from four to nine at the time. Wasn’t it worth at least trying to hold it together?

Besides, in the wake of learning about my husband’s betrayal, I could barely function. Though I managed to drag myself out of bed long enough to feed my children breakfast, glare at my husband through narrowed eyes, and somehow finish the final chapter on the book my publisher was impatiently awaiting, what I remember most about those days is the pain. Infidelity brings you to your knees, which is another thing our culture fails to communicate. Perel calls it “emotional trauma” and I responded, as many do, with post-trauma symptoms. Hyper-vigilance. Panic. The world was unsafe, nobody could be trusted.

Slowly, time and a good therapist helped me heal. My husband, full of shame about what he did, tackled his own demons and has made good on his promise to be “the man you always thought I was.” I was lucky, if you can call it that, that he easily gave up his affair partner having had no intention of leaving me for her. It took time but I came to recognize that she wasn’t the problem; she was a convenient distraction from issues he didn’t want to face. Our kids remain blissfully unaware of the battle that was waged behind doors and out of earshot, though they know we occasionally go to a counsellor because “relationships are tough sometimes.”

In the digital era we live in nowadays, affairs have just got even more complex. One of my colleagues suspected her partner was cheating and even turned to spy software (click here to find out more) to expose his infidelity. It turned out he’d been texting other women behind her back. Although it was heartbreaking to confirm her suspicions, her partner would have never admitted to his affairs so without help from eSpy she’d probably still be in a dark and dangerous place.

A friend of mine who lives in Canada is going through a similar experience and is convinced that her husband might have been unfaithful. Things have now got to the stage where she is considering hiring a Vancouver Private Investigator. Although she has tried to confront her husband about her suspicions, he has been very uncooperative and therefore she has decided that carrying out a private investigation might be the only way to get a definitive answer.

Our marriage-a second marriage with our first spouse, as we refer to it privately-is a good one. We laugh. We argue. We pull our hair out dealing with three teenagers. We look like pretty much any other family. Just don’t ask to see a photograph.
This is #1000families post number 167. Do you have a family story of your own to contribute to the 1,000 Families Project? Or do you know a family that might want to do so? Learn more about how the series got started and how to get involved here. You can find all of the #1000families posts here.

Editor’s Note: We created an e-book called 11 Ways to Keep Your Family Weeknights From Spinning Out of Control. To get it for FREE, simply subscribe to our newsletter recapping the best of thenewfamily.com and the podcast!

Elle created betrayedwivesclub.blogspot.com because when you’re going through hell, it helps to have the support of many others who’ve gone through it to guide you. She's the author of Encyclopedia for the Betrayed: Your A-Z guide for anyone who's been lied to, cheated on or left for dead. View all posts by Elle

'1,000 Families Project: One Woman’s Story of Carrying on After an Affair' have 1 comment