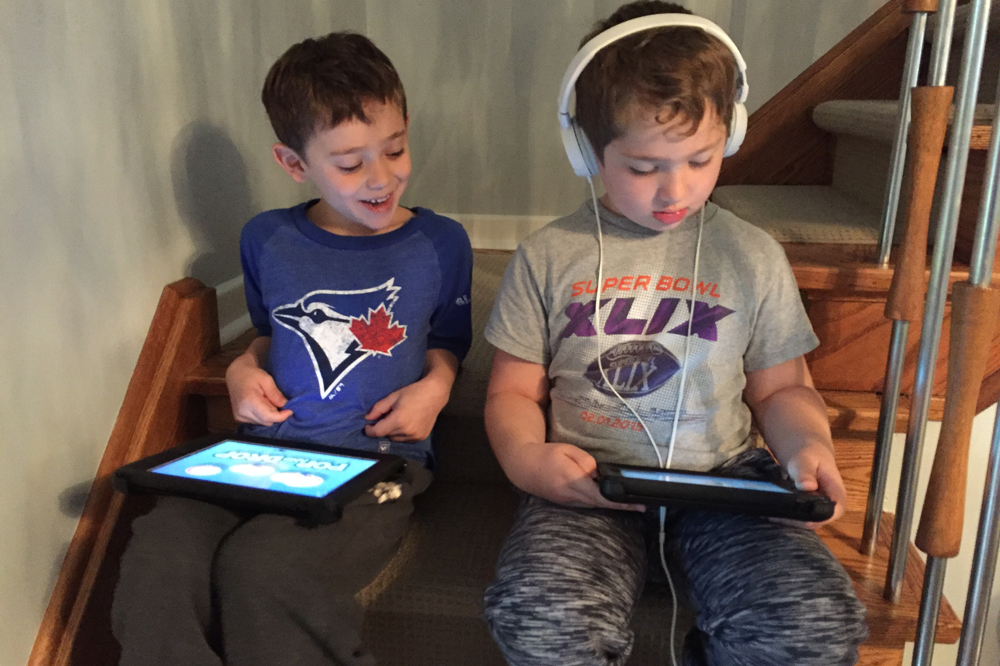 I’m afraid I screwed up. I made the mistake of asking my kids to play Ooka Island. I had turned this wonderful new reading app—and reading—into a chore. After a wonderful start when we first started testing the app, suddenly they had the upper hand.

“But you like it and told me how fun it is,” I reminded.

“We don’t want to,” they repeated.

Suddenly I was in panic mode. I’ve been feeling a lot of pressure to encourage them to read. The statistics are clear: kids who aren’t strong readers by the end of Grade 2 are more likely find reading daunting. According to one alarming report, those who don’t learn to read by Grade 3 are unlikely to catch up, exposing them to a host of negative outcomes (KidsCount Special Report, 2010). When kids learn to read early, however, by Grade 2, the report said, opportunities for success, as well as improved health and well being, increase.

My head was spinning with all this information. Should I bribe the kids to play reading games? No, why should I always have to bribe them? Should I make them play? No, that would only lead to more resistance. I decided to employ two techniques:

1. If you can’t beat ’em join ’em
Usually the kids wear their headphones and play Ooka side by side at the kitchen table while I make dinner. But I had the rare chance to have one-on-one time with Josh the other day and suggested we play together. He unplugged the headphones and the Ooka music came on. It was fun, upbeat and engaging. We read a book and Josh was asked some questions about the story. He got them all right. Then we played the seashell game where you have to point to the right word. The app then took us into a game of word concentration and Josh tied in his match against Zobot.

“Yeah! Free play,” Josh shouted when the “pick your own game” option took over the screen. “What should I play?”

There were so many options. Josh took his time looking at all the moving images and finally chose Zdoo. The visuals were bright and realistic, and Josh had to tilt the iPad from side to side to make the jet ski drive through the water. After that he chose a skateboarding game. We had lost track of time as Josh just kept playing and playing. Next he had to identify sounds in the cake factory game, and then we were led to the trophy room where he got to select a trophy for all his good work.

“Which one should I pick, Mama?” he asked, excited to have earned a trophy. We scanned the options and chose the tallest one. I was very proud of him.

2. After nearly an hour I used this second technique: reverse psychology.

He looked up, completely caught off guard. “What?” he asked. He couldn’t believe his ears.

“You did a really great job but it’s time to put the iPad away now. You can play again another day. It’s dinner time.”

“Awww,” he complained, upset that the fun had ended for the day.

By the time we shut down the iPad game, Josh had completed several levels and earned yet another trophy. I was excited to learn through the Weekly Reading Report Card, sent right to my inbox, that both of my boys had upped their time on the iPad this week and made further progress in our quest to read. We look forward to our next interactive session. I’ll be sure to be there for all the fun and games.

This is a sponsored post but opinions and experiences are my own.