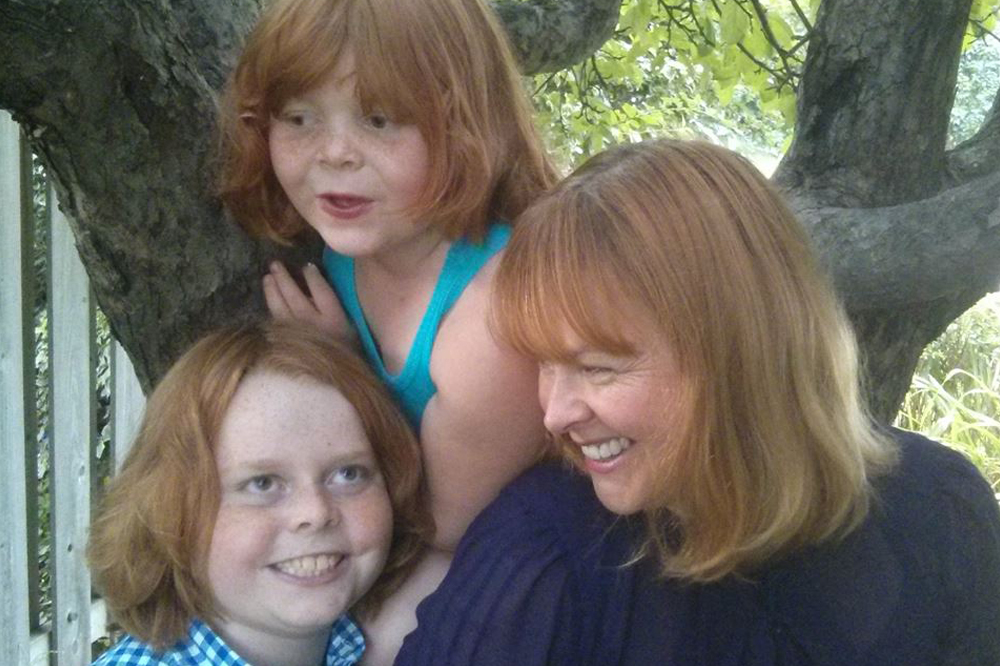 Raising her kids on the opposite side of the world from her family, one mom reflects on the similarities between her path and the one walked by her father—and on whether history really must repeat itself.

Growing up, you never really think your parent’s story would become yours, handed down like an heirloom.

I never thought of my parents as peers until I had children and the circumstances of my life mirrored theirs. Like my father, I found myself a single parent living half way around-the-world, solo, raising a son and daughter.

To tell the story of this family—Conan, 11, Pippa, 8 and me, forty-something—I need to go back to my own family story.

I grew up in a small country town in Australia, with a younger brother, in a family headed by my father: an introspective, quiet man who grew up in the North of England and lived a thousand lifetimes of adventure before becoming a single parent to two. Not his life plan, but then there are few of us who are single parents by choice.

Growing up, my father’s mantra, “I had to pay for any help I get,” was etched into my brain. As a child I felt guilty over being the source of my father’s hardship. As an adult I think I understand it a little more. The subtext: “I am alone in this. This is hard.”

Sporting a backpack and red mock croc docs, I ventured to Canada and stayed because of “a boy”. My family 24 hours and at least two flights away. But when my marriage felt more like I was trapped in a fairy tale penned by the Brothers Grimm, I had to exit the story. Even if it meant being alone.

Being a single parent is hard; even when I co-parent with Conan and Pippa’s father. Being alone feels harder. Especially those times when I’m accurately aware it’s just the three of us: long summer weekends, trick or treating at Halloween, Mother’s Day. Days where family rounds out the picture and squeezes out the loneliness.

While my dad didn’t struggle with job security (he worked in a unionized work place and used to joke, “You’d have to kill someone before they fire you”), finding my next contract and finances is a constant source of stress. Lying awake at night worrying about bills is the boogeymen hiding in the closet at 3 a.m.

I remember how tired my dad was. How he never enough energy to fill the attention I demanded. On the days when a dirty floor seems more important than watching my daughter’s latest dance routine, I remind myself, “This is what you signed up for; this is what counts.”

But I also remember my dad playing cricket me and my brother in the backyard, the garbage bin standing in as a wicket, reading The Cat Who Stamped His Feet ad nauseam, and throwing birthday parties where cans of neon-coloured pop flowed like champagne at a society bash.

As a single parent you feel you—just you—won’t be enough. That my children won’t remember their birthday party’s with fairy bread (an Aussie tradition), skating along the Rideau Canal with hand warmers stuffed in our gloves, or snuggling in bed watching “The IT Crowd.”

I remember as a girl climbing into the back of my dad’s enormous wooden wardrobe and discovering a letter penned in flourished cursive from one of his many siblings back in Manchester. It contained a recipe for Yorkshire pudding, with the instructions to turn the oven up to “blurry hot.” His brother also encouraged my dad to bring us to the north of England to live, so his family could help raise us.

Now I could probably answer my own question. Because going back would have been for him, not for us. Because even though Australia wasn’t his home, it was ours.

The saying goes, “Those who do not learn history are doomed to repeat it.”

What I’ve discovered is this: History is like a distant echo. There’s comfort in knowing the lonely path I feel I am taking has been travelled before. There’s comfort in reaching back and grabbing the courage my father had for myself, in passing that courage along to my children.

I’ve also recognized my dad’s story isn’t mine. And while the story of me and my small family has at times felt frightening, it is still unfolding. New characters have been introduced in the form of a new love and his boys, new chapters have yet to be written, and the path doesn’t feel quite as terrifying—or lonely—any more.

This is #1000families post number 172. Do you have a family story of your own to contribute to the 1,000 Families Project? Or do you know a family that might want to do so? Learn more about how the series got started and how to get involved here. You can find all of the #1000families posts here.
I wrote an e-book called 11 Ways to Keep Your Family Weeknights From Spinning Out of Control. To get it for FREE, simply subscribe to our newsletter recapping the best of thenewfamily.com and the podcast!

Amanda Lee works in communications by day and is a freelance writer by night. She has written about parenting, travel and life for a variety of outlets, including the Toronto Star, Today’s Parent, Flight Centre, Urban Adventures and Vitamin Daily. She thinks The Cat Who Stamped His Feet stands the test of time as great literature and won’t throw a birthday party for her kids without fairy bread. You can follow Amanda on Twitter or read more of her writing here. View all posts by Amanda Lee

'1000 Families Project: Amanda, Conan and Pippa' has no comments