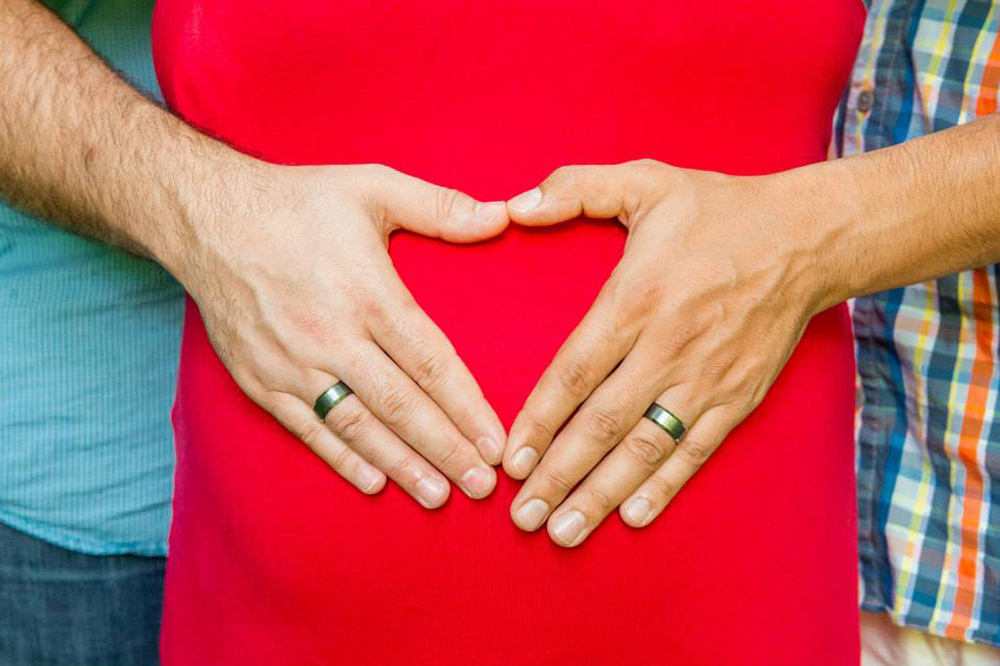 This excerpt from one of my Modern Family columns for the Toronto Star’s tablet edition, Star Touch, explores what motivates gestational carriers to give intended parents the ultimate gift, a chance to be a family. Be sure to click through to thestar.com to read the whole thing.

A random encounter at a sandwich shop in her hometown of Exeter, Ont., would eventually lead Angela Pickering-Peeters to help a couple of strangers become parents — twice.

“I went into a Subway where I lived, and this lady who was working there was pregnant, and she was telling me that she was a surrogate and that she had done this quite a few times already. I was fascinated by the idea and remember going home and saying to my husband, ‘That’s something I totally would want to do after I was done having my own kids.’ It was sort of one of those bucket list things; I wanted to do this just at the end of the day to say my karma bucket is full.”

After having four children of her own over three uneventful pregnancies (her middle kids are twins), Pickering-Peeters saw friends and family struggling with infertility and felt ready to make her karma-bucket goal a reality. Two years ago she helped a couple in London, Ont., become parents by bringing their son, Luca, into the world, and she’s getting ready to deliver their second child any day.

Carrying and giving birth to a child who isn’t your own is a pretty epic favour to do another family. There’s the poking and prodding involved in getting pregnant through a fertility clinic, the potential health risks posed by the pregnancy and the disruption to routine for these women, almost all of whom have kids of their own at home. So why do they take this on — especially given that it’s illegal to profit from doing so?

A GIFT THAT GIVES BACK

Therapist Erica Berman, who counsels both intended parents and gestational carriers, says that in some cases the carrier is known to the couple and does it out of compassion for their struggles to become parents. But all the women Berman’s worked with derive tremendous satisfaction from being able to bring happiness to the people they help become parents. “Nothing is more gratifying than seeing joy on the parents’ faces.”

She adds that research proves acts of altruism have a positive effect on mental health. “It’s hard to feel bad when you’re doing something good.”

'Surrogacy:
The Ultimate Gift' has no comments