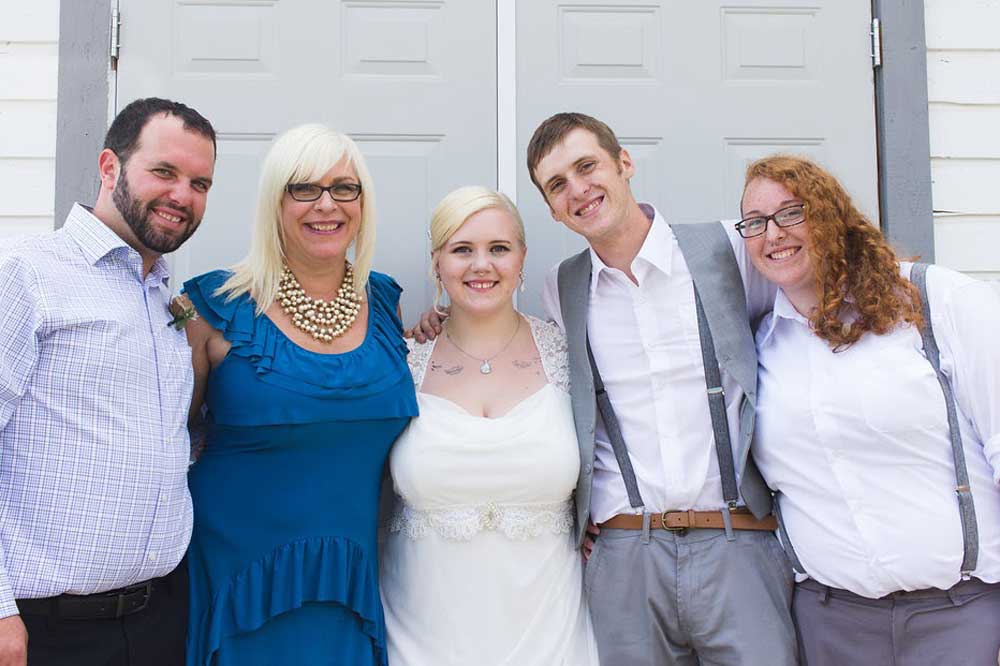 Her fiancé was half her age when they started dating! A story of how their love endured despite their families’ skepticism.

When I got married in 1991, I did so with the assumption that it would be until the day I died. That was not the case. After having two children and being a stay-at-home mom (planning to do so until the kids were both in school), my complete life was turned upside down. I wish I had an average story to tell about how my marriage ended, but for me it was so traumatic that I ended up having to seek psychological and psychiatric help. I was haunted for years by what transpired and all the events I feared would transpire. With tonnes of support and help, I came out of the ordeal a stronger version of myself-but with scars.

When I found myself a single mom-something I never wanted to be and thought I did everything to avoid-I was crushed. I wanted to be in a committed relationship again but I wasn’t willing to do it at all costs. My children came first, and I was certainly not going to go back into any kind of abuse situation like in the twisted worlds that I just escaped. So, while I dated and met several men, I remained single for 10 years.

At that 10-year mark I met someone who most definitely changed my life and redefined my “rules.” Up until I heard his voice I had strict dating rules. I was, at the time, 44 and I wouldn’t even consider dating anyone under 30. But the moment we locked eyes as we were introduced, rules didn’t seem that important anymore.

He was 22. At 44 I was twice his age! But I don’t think there was anything or anybody that could have prevented us from dating. From the moment we met, there was just this instant connection. Almost like we were meant to be. The attraction we had toward each other felt like we had known each other for years. Which makes me wonder whether he had bought some products from somewhere like True Pheromones to attract the ladies? This is what they are known to do after all. Let’s just say that whatever he did, it definitely worked. Because we were almost inseparable. Just before we started to date, I asked for advice from someone whose sister was dating a man with an age gap this wide. My friend told me that if I was to date this man to do so with no apologies. Kind of a “go big or go home” kind of attitude. That’s pretty much perfect advice for anyone considering this arrangement. And I followed that advice.

When I met Adam, my son was 15 and my daughter was 12. There is a seven year gap between my son and my boyfriend. In fact, when my son just recently turned 22 he said to me, “Wasn’t Adam this old when you started dating?” I said, yes, and there was silence-then we laughed.

The age gap can produce awkwardness. Newly introduced people can plainly see there is an age gap-they just can’t figure out how much. Lucky for us, I look younger than I am and he looks older than he is, so usually the guess is that there is a 10-year difference between us. Most people almost fall off their chairs when they learn the truth.

Because of the 21-and-a-half-year gap between us, we have encountered some family members on both sides who have clearly expressed their disapproval of our relationship. There have been many tears shed, and my family was torn apart for a number of years. But the hostility is starting to wane now that we have been dating for years (our seven-year anniversary is January 28th) and are engaged to be married, and they can see that this little fling of ours is here to stay.

We had an awkward moment this past Christmas when I finally met his dad and stepmom. When discussing what I should call her, we laughed and decided I would call her “mom” even though she is just two years older than me. You have to have a great sense of humour in these kinds of situations!

Love truly does not work on numbers, and I am the first to say that you do not choose love- love chooses you. How else can I explain falling in love with this man? And after everything I’ve been through, there is no way in the world I am letting others determine my happiness. We face the world, full of both those who judge and many who support, as a united front, and neither of us care that much about the approval of others.

My children have accepted Adam in time, understanding that he makes me happy, and that, in the end, that’s what mattered most. Today my family is a beautiful little unit, one that is bound to grow and change, but that will always be my main joy!

This is #1000families post number 176. Do you have a family story of your own to contribute to the 1,000 Families Project? Or do you know a family that might want to do so? Learn more about how the series got started and how to get involved here. You can find all of the #1000families posts here.
We wrote an e-book called 11 Ways to Keep Your Family Weeknights From Spinning Out of Control. To get it for FREE, simply subscribe to our newsletter recapping the best of thenewfamily.com and the podcast!

Beverley Thornton is a woman who wears many hats. She's an account manager for a sign and display company in Edmonton, Alberta, an entrepreneur, a mother of two grown children, a cat mom to two kitties, a yoga instructor, a band manager, and is always a little crazy (but in a good way!). View all posts by Beverley Thornton