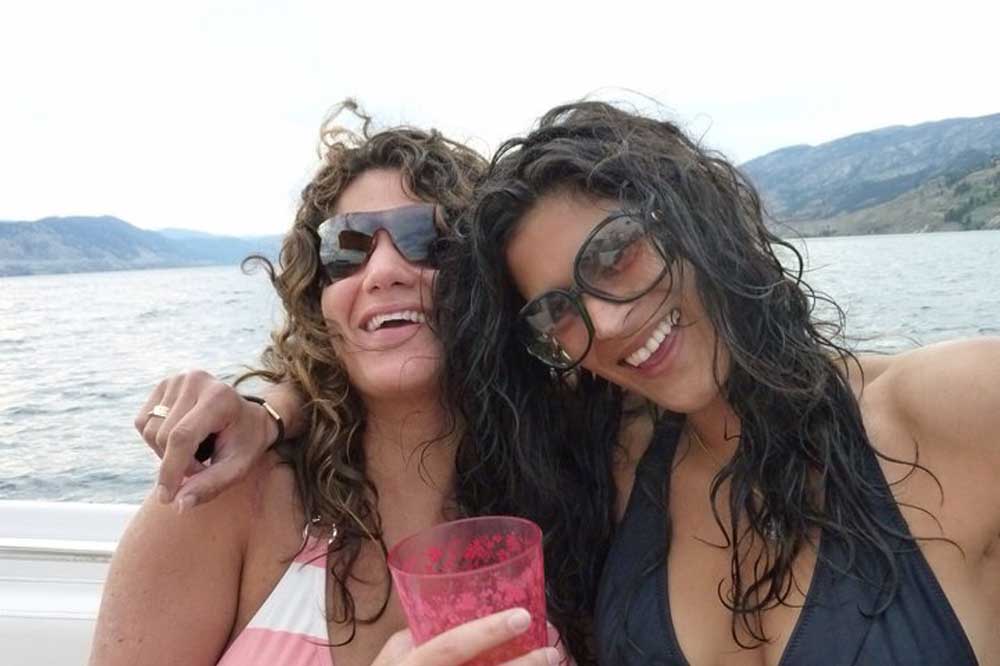 They say it was sisters at first sight. From friendship to sisterhood, these chosen sisters have a connection that can’t be explained.

My sister and I were doing our usual “catch up” texts at the end of the day, when with a flare of nonchalance, she asked me to write a seven hundred word story. Without giving me background info, she said she really wanted me to write about how we became sisters over friends. As I sat down to write, I immediately regretted having accepted the weird assignment, since I had just finished work and had no desire to focus on a task. I almost sent her a text to decline, but instead, I responded with a deep throaty sigh and a long roll of the eyes to the back of the head, coupled with the thought “damn, this is irritating. She’s irritating. What on earth does she need me to do this for?” But, as we all know, when your sister asks you for a favour, how can you say no? Even if she’s as irritating as shit? Prior to starting, I once again had the confirmation that our relationship is that of two siblings over anything else, since no one can irritate me quite like she can.

So, how do I tell the story of how we became family over friends? I’m not sure that there is a specific story. It’s really more of a feeling that just enveloped us from the first moment I spotted her smoking in the University of Montreal cafeteria during a blistering Summer heat wave in 2001. I don’t know how or why we started talking, or who approached who. I’d be lying if I said I remembered. Perhaps I was taken aback when I looked up to see a complete stranger who had the same pronounced chin as me and looked like myself. Whatever was going on at that moment, it was mighty powerful. She must have felt the same because, like a woman and a man who lock eyes and gravitate to one another, we simply sat together that first day of class and have been inseparable ever since. Nearly every time we meet strangers, they assume we’re sisters. One day, seven years later in Rome, a sketch artist handed us a picture he drew of our similar profiles, and said “Here sisters—enjoy!” That moment we decided we were. We feel like sisters, act like sisters, rely on each other like sisters, and therefore did not need blood to define our sisterhood.

But why else did this Hungarian Jew and Indian Muslim gravitate towards each other? The honesty factor. Irritability is a horrible part of my genetic make-up, so there are very few people who don’t exasperate me. Our evolution towards sisterhood likely started happening because I cannot recall a single time when I couldn’t show the extent of my annoyance towards her or towards the surrounding world with a crudity most people find offensive, and then not find a willing audience or participant in her. My sister has never had a problem either rudely putting me into my place (very much needed at times), echoing the exact same sentiment with the exact same amount of crudity, or just laughing at my uneasy-going personality compared to her buoyant one. She is, without a doubt, the more affable of the two of us.

So, there’s our similar temperament, and as with a man and a woman with whom you easily go from friends to lovers, there is an intensely mysterious chemistry between us that only science can explain. But, there are umpteen other atom-sized subtleties that align perfectly. The same subtleties of logic, reasoning, wit, musical tastes, social interests, and human desires constantly provoke both of us to a fusillade of thoughts, questions, and exclamations. What’s more is we both have lisps and really thick lustrous locks (by pure coincidence), we are crass and loud (probably not by coincidence), we think ourselves superior to the masses around us (like any pair of sisters), all the while we share a streak of grave humility and empathy (often to a fault). Inwardly, most humans know the feeling of “blood being thicker than water” but they can’t explain that mysterious something that just emanates from the depths of their guts and makes them want to love and feel loved. When I think of my sister, she stirs that feeling in me, and so, what makes us sisters over friends is this combination of a kind of unknown and the obvious.

This is #1000families post number 179. Do you have a family story of your own to contribute to the 1,000 Families Project? Or do you know a family that might want to do so? Learn more about how the series got started and how to get involved here. You can find all of the #1000families posts here.
We wrote an e-book called 11 Ways to Keep Your Family Weeknights From Spinning Out of Control. To get it for FREE, simply subscribe to our newsletter recapping the best of thenewfamily.com and the podcast!

Susan Avar teaches writing at her own school, Avar Academy of Writing. She lives in Vancouver with her husband and her sister's jackapoo, and is waiting for the imminent arrival of her sister and first son. View all posts by Susan Avar

'1,000 Families Project: Chosen Sisters Nadia and Susan' has no comments