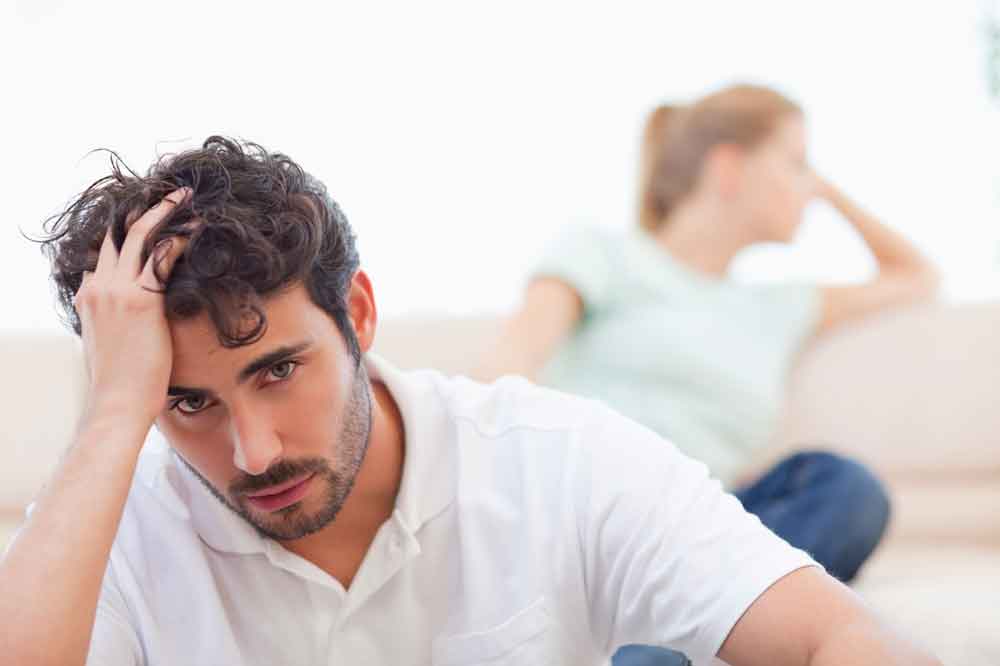 You may desperately wish to get on well with your former spouse after separation or divorce. It’s heartbreaking, and endlessly frustrating, when your ex just can’t seem to set anger aside enough to co-parent well. Here’s a mediator’s advice on how to cope with some of the most common barriers to getting along after a relationship ends.

If you’re like most separated parents, you want to spare your children the pain of being caught in the middle of ongoing conflict between their parents. But when the other parent of your children does not appear to share this goal, and may even appear hell-bent on undermining you at any cost, everyone suffers. What to do?

Here are some tips that I hope will help you move towards building a more productive relationship with your children’s other parent. It can take time, and a lot of patience, but I firmly believe that improvement is possible in just about every situation.

Figure out why co-operation is elusive.

In order to solve a problem, it’s necessary to understand and discuss the source of the problem. For example, you may be frustrated with your ex because he’s saying nasty things about your new partner to the kids. To you, the problem may be that he’s “making the kids take sides”, and you may try to talk to him about why it’s wrong to put kids in the middle. But to him, the problem may be that he’s harboring fantasies of reconciliation, and that he can’t believe you’ve moved on so quickly. You’re frustrated, he’s knee-deep in grief and anger, and you’re at cross-purposes.

If you and your ex are “stuck,” it’s often because you and he are at different stages of grieving the end of your marriage. Which brings me to my next point…

If you were the one to end the marriage, give your ex the time and space she needs.

In particular, if you were the one to initiate the separation, remember that your ex is likely still dealing with very raw and intense emotions, whereas you have likely worked through and resolved your feelings already. Perhaps you are ready to move on and be “friends”, but she isn’t even close. You need to respect that, and give her space to the extent possible.

In the example of the ex-husband badmouthing the boyfriend to the kids, it was probably insensitive, and a big mistake, for the wife to introduce the children to her boyfriend so soon, and she may need to acknowledge that in order to be able to move forward in her co-parenting relationship with her ex. Honesty and self-reflection can go a long way in a situation like this.

Almost everyone who truly feels blindsided by the decision to separate and/or by the discovery of an affair will have major trust issues and will be convinced that it will be impossible to build a trusting co-parenting relationship with the person who shattered their world. If this is your situation, all you can do is prove incrementally over time, by your actions, that you are committed to being a responsible co-parent and a team player. In time, your spouse’s anger and grief will probably subside and your co-parenting relationship will get easier.

Keep expectations realistic and don’t expect your situation to be like others people’s.

The circumstances of your separation, as well as who you and your spouse are as people, will, to a large extent, determine how your co-parenting relationship plays out. While you may admire the way your friend co-parents with her ex, it may have taken her time to get to where she is today. Don’t expect your co-parenting life to be just like hers; no matter how happy and cooperative your friend and her ex may seem, I guarantee that they’ve had their struggles, too. Just as every marriage is unique, so is every separation. You can only hope for the best outcome that’s realistic in your situation.

You can’t change the other person, but she can’t fight with herself.

You’ve given it time. You’ve tried to be sensitive to the other person’s needs. You’ve even finalized a separation agreement, yet the other person seems hell-bent on punishing you for the rest of her life. What to do?

Unfortunately, there are some situations that are probably hopeless. I’ve mediated some of them. What I mean by “hopeless” is that while you may have succeeded in getting a agreement negotiated and signed, the other person may still be absolutely incapable of speaking to you with respect, and insists on starting fights every time you see each other.

In cases like this, you may have to accept that the other person is never going to “get it,” and that you may never receive the respect from her that you deserve. You can’t change the other person, but you also don’t have to take the bait. Make a decision that you will limit your discussions to what is absolutely necessary to work out the parenting logistics, and that you will not allow the other person the satisfaction of “pushing your buttons,” nor will you allow that person’s feelings toward you to define how you feel about yourself.

Rise above the fight and be the bigger person. Speak only via email or text message, in a brief, dispassionate, businesslike manner, and limit discussion to the logistics of caring for the children. Like a schoolyard bully, the other person may realize that it’s no longer fun to bait you, since you’re no longer reacting as hoped, and the conflict may diminish over time.

Frame the need for conflict resolution in terms of the kids’ needs—a joint problem to be solved.

Of course, sometimes it’s impossible to disengage. Some problems are bigger than others, and may require sustained discussion. In situations like this, consider the best process for discussing and resolving these problems, and frame your approach in terms of what’s best for the children.

For example, you could say, “I don’t feel that we’re making much progress on the issue of child support, and it’s destructive to the kids—not to mention expensive—for us to keep fighting in court. We owe it to them to do better. Can we try to resolve this in mediation?”

Or how about, “Jenna seems to be really stressed out that we can’t agree on whether to keep her in private school or not. She’s frustrated that no one seems to be listening to her. I know we both want what’s best for her, but we disagree on what that means. Would you be open to meeting with her therapist together to try to figure out a way to resolve this productively?”

Too often, people focus on fighting to get what they want instead of listening to the other person’s point of view. Often, there really are two (or more) legitimate points of view, although they may not always be expressed in the most positive manner. A third party professional can help shift parents’ focus back to what matters—the fact that they really need to find common ground, for the good of their child.

Take responsibility for past mistakes.

Most people, when asked why they’re having problems with their exes, immediately blame the other person. Frankly, this is a mistake. If I’ve learned nothing else during my two decades in the divorce “business,” it’s clear to me that both parties bear some degree of responsibility for the breakdown of every marriage, as well as for the way things play out post-separation. Nonetheless, few are brave enough to take personal responsibility the role they have played in the escalation of the conflict. It’s far easier to believe that it’s all the other person’s fault.

In mediation, however, the acknowledgement of one’s past mistakes can be an important part of the process and can, in fact, be transformative in terms of the parties’ ability to forgive each other and move on, which can, in turn, lead to improved future co-parenting.

Sometimes, no matter what you do, the other parent of your children is going to disappoint you over and over again. In some situations, quite honestly, there’s nothing much you can do to improve your situation, and you just have to focus on being the best parent you can be during the time your kids are with you.

If your child’s other parent is abusive, has a serious substance abuse problem or personality disorder, refuses or fails to pay support, consistently fails to show up for access or cancels repeatedly without good reason, and/or never really bought into the idea of having a child or showed any interest in the first place, you may need to accept that these things will likely never change, and focus on being the strongest parent you can be, and managing the risk on the other side the best you can.

If your co-parenting relationship is causing endless frustration, make sure you find the right venue for expressing that frustration and finding a productive way forward. Avoid endless venting, especially when the venting is aimed at your ex. It might make you feel better in the short term, but it won’t solve your problem. Instead, speak with friends who care about helping you make positive changes in your life. Take advantage of online support groups. Treat yourself well. Finally, speak to an appropriate professional, like a therapist, mediator, or lawyer, to help you better understand your best path forward —and then take the path most likely to bring you peace.

Rosanna Breitman is a mediator and conflict resolution expert with 20 years of experience in the field of separation and divorce, both in private practice and within the court-based mediation system. For more information: www.torontofamilylaw.com or rosanna@torontofamilylaw.com . If you are in a new relationship and motivated to keep it successful, check out Rosanna’s relationship page, “A Fly on the Wall”, or find me on Facebook. View all posts by Rosanna Breitman