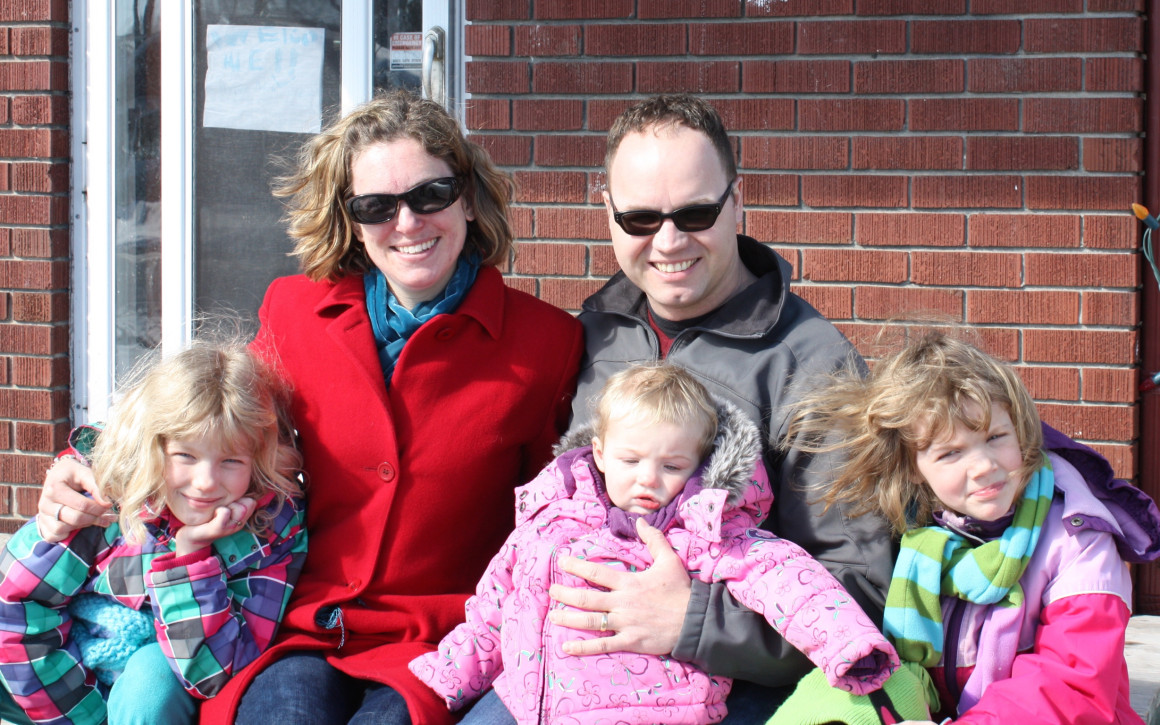 Dad blogger Chris Farley Ratcliffe shares how placing a set of twins for adoption at age 16 has shaped his family life and his view on the difference between being a father and being a dad.

I grew up in a house split by divorce. My parents separated and divorced by the time I was ten. My brother and I lived with my mum while my dad moved further away over the years in pursuit of work. He was a travelling salesman and his work took him far and wide. My parents maintained a good relationship in spite of their divorce and my brother and I grew up in a family free from the acrimony that is present in so many divorced families. Nonetheless I was and am very determined to avoid divorce in my own life. My partner and I make the effort to talk with one another about any issues that we each feel need to be addressed so that we can work through them together.

When I was 16 my girlfriend and I discovered that she was pregnant. She decided that she wanted to carry the baby to term. A couple of months into the pregnancy we discovered the fetus she was carrying was in fact two. We decided to place the twins for adoption and since it was a closed adoption, we knew nothing of their lives for the next 23 years.

When my partner and I started dating I told her about the twins who were out there somewhere. I knew I would search for them when they were older and I didn’t want any surprises if our relationship had long-term potential. I knew she was my future a few weeks after we started dating. Nine months later we were engaged and after almost 17 years we are still together.

We got married a couple of months after we finished university and decided to wait for a while before having kids. We both had other things we wanted to do before kids were a part of the equation. That said I was always ready to be a dad. I had already been a father for ten years and I was so ready to do more than just father children. I wanted to be a dad. I wanted to be what I had lacked in my life growing up. I wanted to be a dad who was around all the time and not just on scheduled evenings and weekends.

We travelled to other provinces and countries together. We spent a month in Australia and we went through a few jobs and the challenge of unemployment. My partner completed her masters and then we decided to start having kids. To be honest we decided it was kid-time while she was doing her masters and our first of three daughters attended her mother’s masters convocation at three weeks of age.

We now have three girls and admittedly I was reluctant to agree to a third kid. I was worried about money and how we would afford the larger vehicle that we would require and all the subsequent costs that come with each kid. I held out for four years and while there certainly are extra costs that come with growing from a family of four to a family of five, none of those matter when our youngest daughter laughs or comes running to greet me at the door when I get home from work. She gives great hugs and when she isn’t screaming at night, she is a pretty funny kid.

A few years ago when the adoption records were opened in Ontario I was able to find out the current names of the twins. With surprisingly little effort I was able to track them down and send a letter of introduction to their parents. As a parent myself I was concerned about the impact that my letter could have on the twins’ lives. I figured that their parents would be the best judge of when to share my letter with their children. It was a few years before I had a response. That response was from one of the twins. Technically she is my daughter and it feels very strange to refer to her as such since I am not her dad. Her brother is not yet interested in contact. I prefer to refer to her by name because the term daughter seems so odd and incorrect to me. It suggests some sort of ownership or parental relationship that I do not have or desire. I’m not using her name here out of respect for her privacy.

I have met my daughter a few times and we are tentatively building a relationship, although it is a strange thing. I meet with strangers all the time in my day job. This particular stranger happens to be genetically linked to me and that makes it a much different experience. It can be a challenge to find topics of conversation in common since we are still working through who we are to one another and where the relationship is heading.

She very much wants to meet my three girls—her half-sisters. My partner and I have resisted this meeting because it is a complicated relationship to figure out. I told our oldest two girls about the existence of their older half-siblings and they absorbed that information with little fanfare and have never asked any questions about them. I think for them it is just a story since they have not encountered their half-siblings in person.

As a parent one of my biggest jobs is to keep my family safe and right now that includes managing the unknown of what kind of impact a half-sister might have when introduced to the mix. We don’t live in the same city so our meetings are not frequent and in fact she has now moved overseas for work which adds an extra complication into this budding relationship and figuring out how it works and will work.

Our family is constantly growing and shifting. New cousins and nieces (no nephews so far) are added through birth and marriage. We have sadly lost almost all of our grandparents’ generation and now our parents are the grandparents. I have been a father since I was 16 but didn’t become a dad until 15 years later. I am constantly learning how to be a better dad and figuring out how to knit the different pieces and people of my life together in my family.

This is #1000families post number 190. Do you have a family story of your own to contribute to the 1,000 Families Project? Or do you know a family that might want to do so? Learn more about how the series got started and how to get involved here. You can find all of the #1000families posts here.
We wrote an e-book called 11 Ways to Keep Your Family Weeknights From Spinning Out of Control. To get it for FREE, simply subscribe to our newsletter recapping the best of thenewfamily.com and the podcast!

After first becoming a father at 16 and placing twins for adoption, Chris Farley Ratcliffe is now a dad to three little girls and writes about fatherhood, parenting, feminism and whatever crosses his mind as the only male in his house. His kids don’t listen to anything he says so he writes at www.DadGoesRound.com and tweets from @dadgoesround in the hopes that someone will hear him. View all posts by Chris Farley Ratcliffe