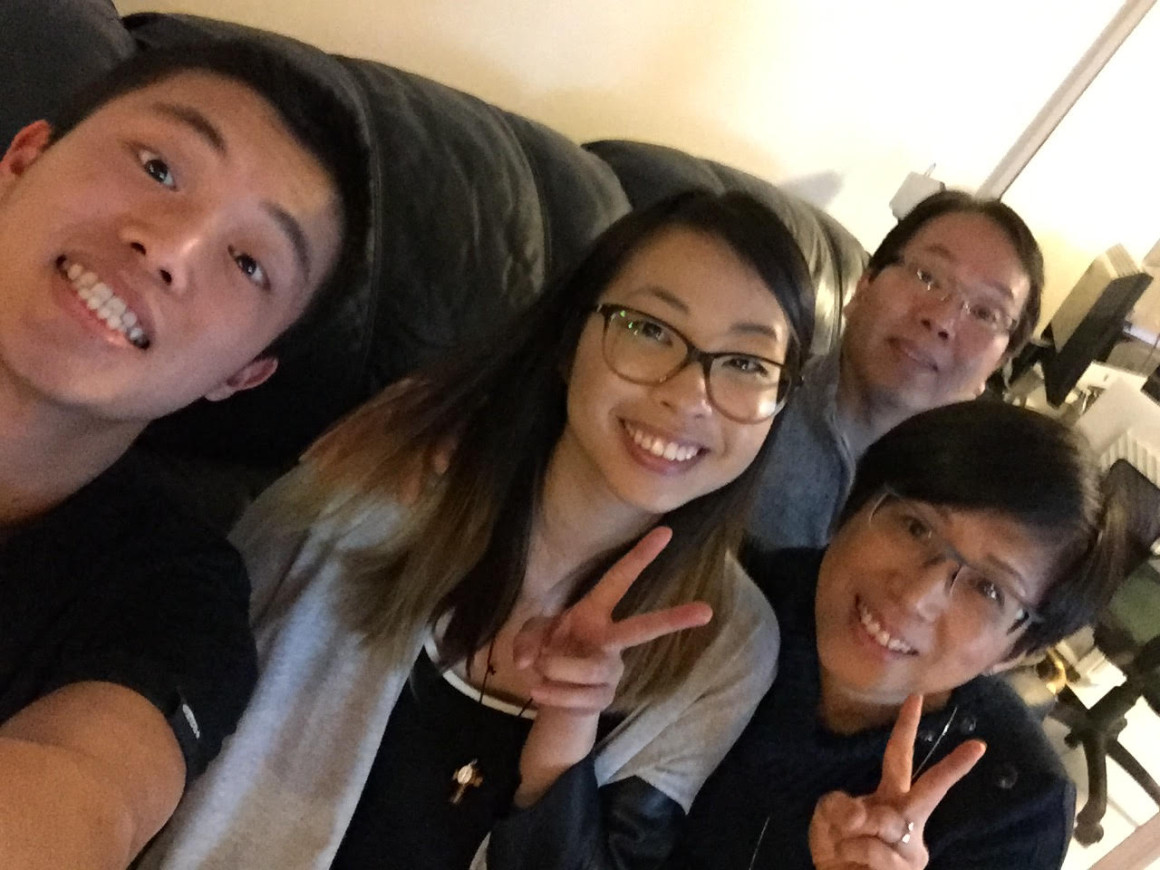 A young man reflects on what family means to him and the challenges they’ve overcome since immigrating from Hong Kong, including his battle with severe eczema.

Having been alive for 23 years, there are many things I definitely should be thankful for. And without a doubt, that answer would be my parents. They gave me the breath of life, food, shelter, education. It sounds like a script to say that; for everyone else maybe. But for me, it expresses the utmost sincerity about the respect I have for them.

The story begins with us living in Hong Kong and then moving over here before my second birthday. My parents wanted to explore the North American world in hopes of landing a better education for me that, in the long run, would allow me to acquire a good job.

Not too long after we moved to Toronto, I started to suffer from eczema-and quite a serious case at that. Perhaps it was the different climate or something related to that. It was almost like it appeared from nowhere. I’m pretty sure I’ve never seen my skin this bad before. It looked like it was irritated beyond belief, and I knew that it wouldn’t be long until it would start to affect my confidence. I had people left right and center telling me what I should do. Someone even told me that I should see how Cannabigerol (CBG) works, as they’ve heard that they’ve made advances in identifying it as a possible treatment for psoriasis and eczema. Even though they said that CBG may cause minor side effects, they believed that it would be the best thing for me going forward and that I should give it a go. But with anything surrounding my skin, I am very skeptical and would rather get some medical advice before making any further decisions. I found myself coming to the conclusion that I would just have to live with it. With that being said, this condition has been both my biggest gift and a curse in my life.

I went through a 45-needle skin test in which the results were mild, though the severity of the condition said otherwise. I became allergic of everything you can think off- eggs, milk, beef, seafood, anything! In order to get through this, we had to take a huge hit financially in order to fund for my medicine and ointment, things like that. My parents took me to see different specialists, went to Sick Kids, tried different types of Chinese medicine, nothing seemed to really work. To this day, I still remember when one specialist, who specialized in eczema cases, told us to wait for a miracle. Defeated, saddened, angered, we walked out of that office without a sense of hope. It almost felt like we were in a hole that we couldn’t get out of. Days passed, bills piled up and we never really uncovered any answers. I still remember those days when my mother would take me to the doctors downtown; me being the chubby baby I was at the time didn’t make it easier for her. There’s been times where my mother had to apply ointment on my skin even on my scalp for two hours because no spot could be missed. There’s been times where I cried so much that it would scare my mom.

This isn’t going to get negative anymore-don’t worry. Because there’s always a positive side of things, right? As I got older, I started to become interested in basketball, to a point where I took that as my passion. For that reason, I felt compelled to improve all the time and because of that, I exercised a lot more. I’d spend time at the outdoor court, early mornings, playing a couple times a day. Eventually this routine allowed my immune system to improve. With that improving, my eczema started to become adaptable to foods that I eat, some of which I used to be allergic to.

Food is one thing, but that isn’t the most important aspect of this journey. The most important thing is how this experience made me better as a person; how it made me more mature, so much more different than everyone else. It made me appreciate everything so much more because of the tough path my family and I had to walk to get to where we are.

Another important aspect from all of this that we developed as a family was faith. Although it was never a topic brought up in our conversations, each of us seemingly had a thought of wonder and belief that something of a higher power existed; something that goes beyond human nature. We all felt a void within our family and within ourselves as a result of the experiences we went through. I think that, subconsciously, we were seeking out something else outside of ourselves. Thanks to my dad’s coworker and her husband, they introduced to us faith, and brought us to church for Sunday services. Eventually my parents were baptized in ’98 and myself in 2010.

Though officially acknowledging ourselves as believers of Christ, our actions didn’t truly reflect that as Sunday services and praying became too routine to a point where it lost its essence and meaning. Eventually we slipped back into our old ways. It wasn’t until the end of 2012 when my dad was laid off where we collectively as a family and ourselves individually understood God and His presence and His work in our lives. It’s hard to put everything in perspective without detail but the main point was that the experience allowed us to see how everything isn’t a coincidence, how He places everything in our lives for a reason, good or bad.

Our family has overcome a lot of difficulties-physically, spiritually, financially. But it was all for the best because we found love between ourselves, within ourselves and with Christ.

This is #1000families post number 192. Do you have a family story of your own to contribute to the 1,000 Families Project? Or do you know a family that might want to do so? Learn more about how the series got started and how to get involved here. You can find all of the #1000families posts here.
We wrote an e-book called 11 Ways to Keep Your Family Weeknights From Spinning Out of Control. To get it for FREE, simply subscribe to our newsletter recapping the best of thenewfamily.com and the podcast!

Nick, a recent graduate fresh out of university now works in the sales field at Canada Goose. He always brings a positive vibe among his friends and his coworkers. View all posts by Nick Leung