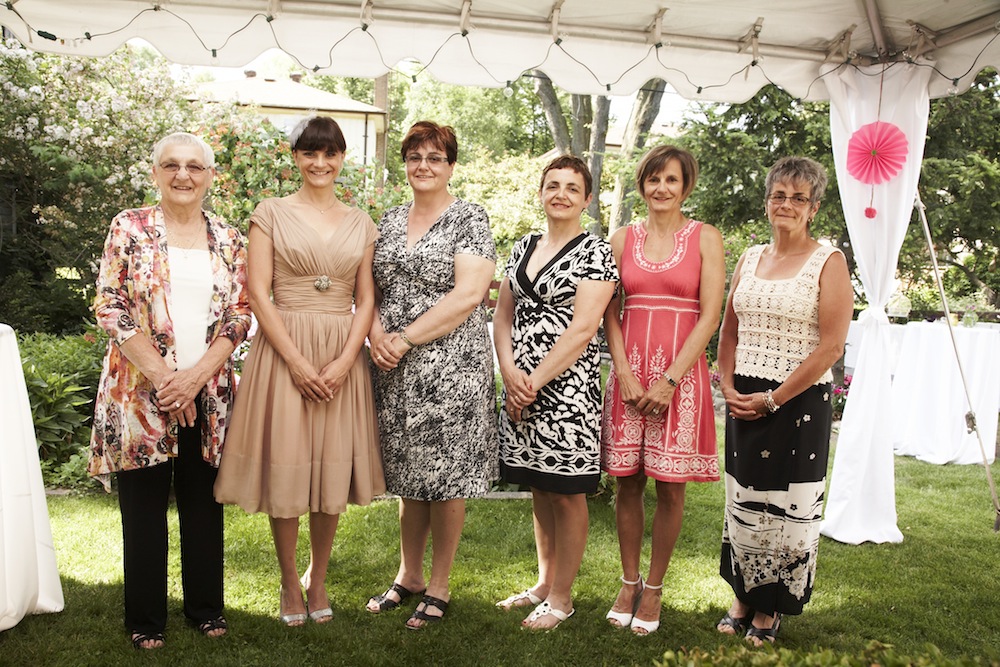 Everything changed when her father died in a plane crash. But what her mother did next ensured her family didn’t shrink by one—it grew by many.
I was born and raised in Drayton Valley, a small town in Alberta. At the time, the population hovered around 5,000 people and my family; mom, dad, four elder sisters and I made up a small part of that population. We were a traditional family living their life in a small town.

When I was just three years old, our lives were turned upside down when my father died in a plane crash at the age of 38. Little did I know that this event would change my interpretation of the word “family” before I even understood it’s true meaning—nor that throughout my life the size and shape of my family would change more than just the once. The entity that I had taken for granted would never be the same again.

Suddenly we were a single-parent home. Roles within the family shifted and transformed away from the traditional. My older sisters became caregivers, my mother became both my mom and my dad; everyone stepped in to fill the hole that my father left behind in different ways. It was a huge adjustment for the family and it altered the course of our lives in many ways.

Three of my sisters are quite a bit older than me, so when I was still in single digits, they were all moved out of the house. Suddenly a house that had been filled with the sound of many footsteps became rather quiet.

Until my other sister came home and mentioned that our school was looking for homes for two exchange students from Mexico for the year. Without hesitation my mom said she would open up her home to one of them. When I asked her a couple of years ago what made her decide to do such a thing, she laughed and said, “I have no idea. The word ‘yes’ was out of my mouth before I knew what I was doing.” I think my mom simply wanted more footsteps in the house.

Fernando arrived from Mexico shortly thereafter and became the first of seven exchange students that lived with us over the next seven years. Four from Mexico, two from Japan and one from Brazil.

My mother welcomed them into our home like they were long lost relatives and we followed her lead. During their school years with us, I was exposed to different cultures, different languages—and I learned that family is not defined by blood.

These foreign exchange students did not just stay in our home they became a part of it. They impacted our lives. They brought joy, laughter and finally sadness when it was time for them to leave. But the memories we made while they were a part of our family contributed to who our family is to this day.

Family shifted once more when I was in junior high and my eldest sister got married. When I was 14 years old my nephew Kelvin was born. Being an aunt was probably the most amazing thing that had happened to me in my 14 years and I began to understand that my role within the family could be more than one thing. Up until that point I had just been the baby of the family but now I was more than just that. I was an aunt and I took the role seriously.

Five years ago this June, I got married. And my husband became my family, my main priority. The role my sisters played in my life shifted ever so slightly out of the center of my focus. Their importance didn’t diminish. It just changed.

Looking back over the years I have had many roles within a family. I have been a daughter, a sister, an aunt and now a wife. In each role I get to bring the best part of me forward in different ways and that is really what family is all about. Family is not a stagnant state of being. It doesn’t have one shape or size. It can change with an event, a decision or the passage of time.

While I lost my father at a young age, my mother’s generosity and loving spirit meant that our family did not permanently shrink by one. But instead over the years has only continued to grow in number.

This is #1000families post number 199. Do you have a family story of your own to contribute to the 1,000 Families Project? Or do you know a family that might want to do so? Learn more about how the series got started and how to get involved here. You can find all of the #1000families posts here.
We wrote an e-book called 11 Ways to Keep Your Family Weeknights From Spinning Out of Control. To get it for FREE, simply subscribe to our newsletter recapping the best of thenewfamily.com and the podcast!