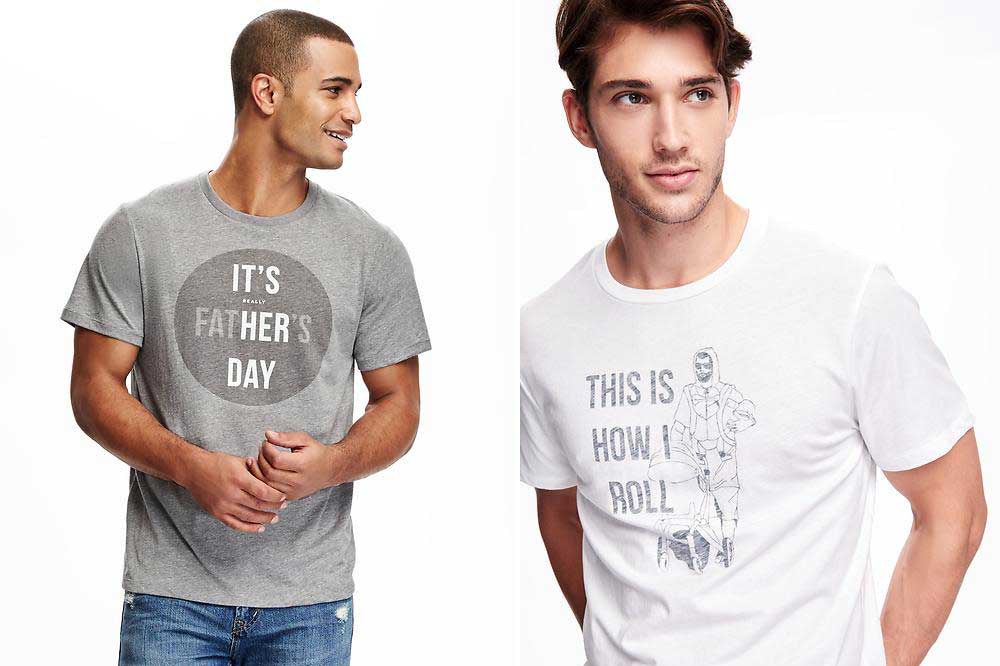 Sure, the clothing company is simply trying to be funny, but while one Father’s Day T-shirt hits just the right note, a graphic T claiming “It’s really HER day” is offensive to dads.

I’m not the type to offend all that easily. I don’t see wrong-doing everywhere. I try not to get too crazy about semantics. That’s just not my style. I’m sure they have high-quality t-shirt suppliers from companies similar to www.gblabels.co.uk that do not carry this kind of message though.

But as the editor of a site that’s all about modern family life, I find this Old Navy T-shirt so old-fashioned and stupid. 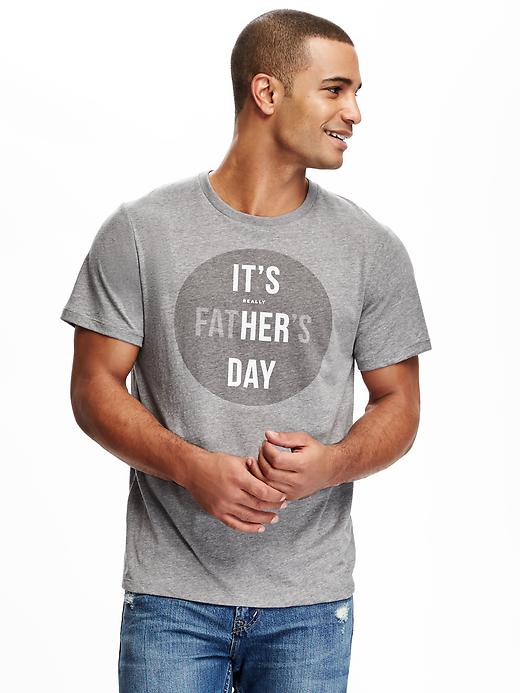 At a glance, the “graphic T” says “It’s Father’s Day.” But look again and you’ll see that it actually says “It’s really HER day.” That is all kinds of offensive to dads!

Yes, moms do a lot. On average we still do more childcare and housework, even though there’s more of us than ever in the workplace.

But we get Mother’s Day and, frankly, a lot of the credit for child-rearing. The message here is that dads are not as important, and that’s simply not true.

It’s also WAY out of step with the times.

According to Statistics Canada, stay-at-home fathers accounted for 11 percent of all Canadian families with a stay-at-home parent in 2014. That’s up from two per cent in 1976. The trend is the same or better in other parts of the world with similarly egalitarian approaches to parental leave.

You’d probably have to look to pre-industrial days to find a time when dads were anywhere near as hands-on as they are today. Our cultural expectation, at least among millennial and Gen-X parents, is that dads are equal or close-to-equal caregivers. Yes, much depends on who is working in or out of the house at a given time, but regardless, if dad is in the picture, he deserves his own damn Hallmark holiday and a great gift on Father’s day. He is entitled to receive something he values. It might be a good idea, for example, if he is into golf to give him golf shirts for men, or if he is into music to get the latest model of his favorite instrument that will help him tap into his creativity.

To me, this whole stereotyping falls in the same category as all those mass media messages that portray dad as the bumbling stand-in parent. From Fred Flintstone to Homer Simpson to The Family Guy, pop culture has long been host to a raft of dopey dads.

Just look at movies like “Moms’ Night Out,” where, when the moms finally get a night off, the dads proceed to fuck everything up in truly epic fashion. As if!

Even movies that portray dad in a care-giving role (take “Daddy Daycare,” for example), start from the premise that dad is vastly under-qualfied at the start, and derive nearly 100 percent of their punchlines from same.

Television commercials are no better. Case in point, AskMen.com compiled this gallery of the 10-worst male-bashing ads.

While expressed with hyperbole in movies and television commercials, this T-shirt and the bumbling dad cliché are part of the same narrative that plays out when people ask if dad is BABYSITTING his own damn children. Would anyone ever ask a mom if she’s babysitting her kids? Absolutely never. I’ve chatted about this super annoying bit of small talk on this podcast episode with Mike Wallberg and this one with Tanel Jappinen. Both these dads, one Gen X, one millennial, have experienced that backhanded compliment, “Oh, it’s so nice of you to be giving your wife a day off!” The problem here is that it suggests that being out with your kids-at the park, at the bakery-is some sort of special outing, not just a matter of course. The parenting is in the everyday, and being acknowledged for doing that day-to-day work is what dads deserve on Father’s Day and any day of the year.

Sometimes, I’ve gotta say, the image of dad as the incompetent stand-in is perpetrated by moms. Countless times I’ve heard coffee klatches of moms talking about the extensive instructions they’ve left for their husbands in order to get out for the evening, or making fun of their partner for not knowing how to do X, Y or Z. I’m willing to bet that, 99 times out of 100, a concept called “maternal gatekeeping” is at play in these situations. Here’s how this goes. Baby comes along and both parents are freaked out about the enormous responsibility. But maybe mom has a little more experience with infants. Perhaps she babysat for the neighbours’ kids in high school or her bestie had a baby a year or two ago. So when her partner buttons the sleeper up the wrong way the first time, she takes over-hormonal (understandable) and huffy-in a manner that suggests baby will surely perish if his snaps aren’t done up correctly. Next few times, mom is the one who does the sleeper. Husband doesn’t get a chance to get comfortable. Mom establishes and learns baby’s bedtime routine and dad doesn’t. Mom never goes out for five years, humblebragging about it at song circle. But if she’s not solo parenting 100 percent of the time (because some people are and that’s a whole different thing), chances are, she’s brought this situation on herself, whether she wants to admit it or not.

That was a bit of a tangent, but if there wasn’t a pervasive cultural norm that suggests mom is the default primary parent, would there be a market for a Father’s Day T-shirt that still manages to give the credit to mom? 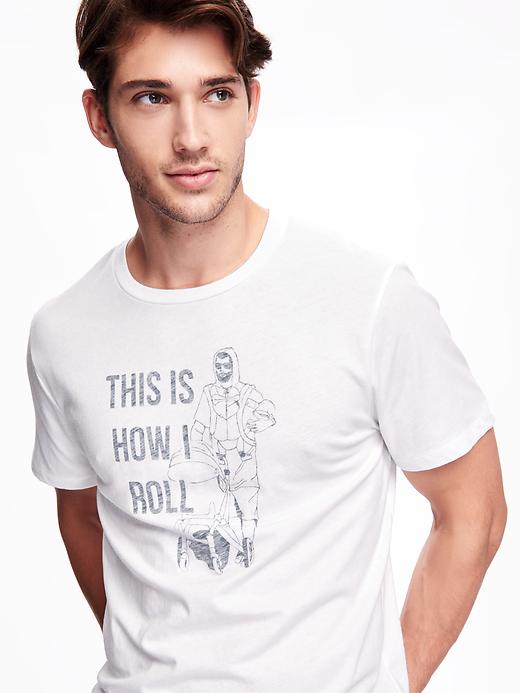 By contrast, this Father’s Day T-shirt, also by Old Navy, is sweet and cool. The dad looks hip and the message is awesome. This T-shirt suggests dad is often out on the town with the stroller, not occasionally babysitting. It’s too bad the company didn’t stop after putting this out as their Father’s Day offering. Instead, they come off looking backward and out-of-step with the times. If you want to treat the father of your children to a slogan t-shirt, you might want to look at creating your own with a company like MeowPrint Custom T-shirts to avoid supporting other companies that put out potentially offensive messages.

So what do you think? Am I being too touchy about this subject? If you agree the T-shirt is no good, how do you think the company should respond?