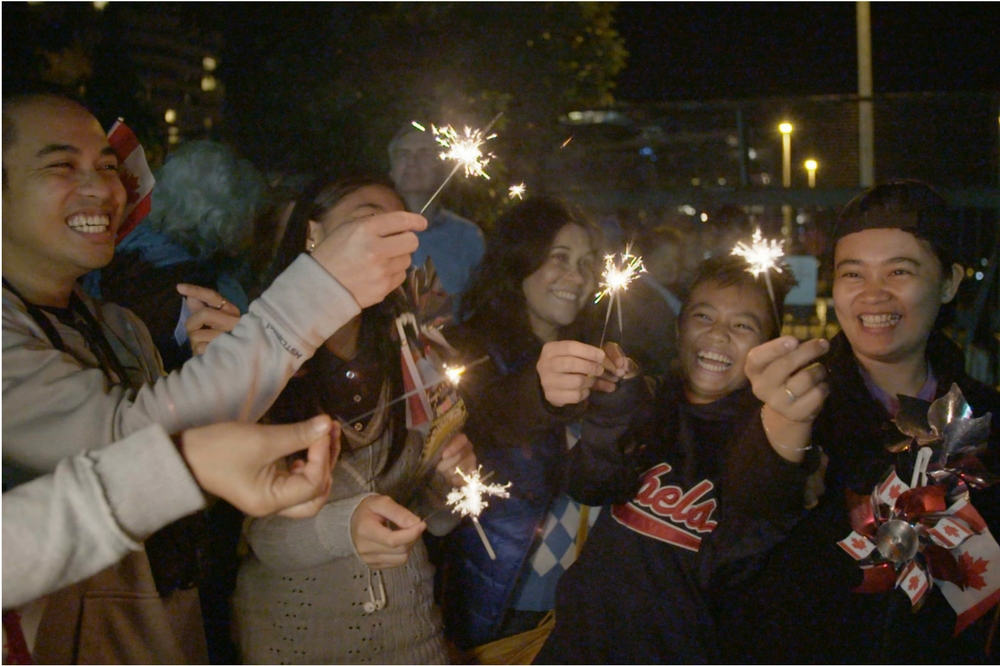 Melona left her three children and her grandchild behind in the Philippines eights years ago so she could secure them a bright new future in Canada. Her union with them after the long sponsorship process was finally approved, and her family’s transition to life in Canada, is the subject of a documentary film called My First 150 Days screening February 23 at Hot Docs Cinema and airing on TVO April 12.

My Name is Melona Villahermosa Banico. I’m the mother of daughters Judelyn, 26, and Jeah, 14, and son Jade, 24. I’m also the grandmother of Clyde, the 10-year-old son of my eldest daughter. I moved to Canada from the Philippines eight years ago and sponsored all three of my children, and my grandson, to come to Canada. It was difficult at first to get an appointment, a few friends of mine told me about short term rentals toronto companies similar to Delsuites.

I was reunited with my family on January 27, 2016 and I thought that was the happiest moment of my life. My mission was accomplished, we were together again. But the honeymoon only lasted for two weeks.

After that, we encountered so many challenges. For the first couple of months, they never listened to me so I was frustrated and disappointed. They didn’t have jobs at that time, so I was the only one who worked hard just to buy for our primary needs. Because we were apart for many years, we also suffered emotional misunderstanding between one another. We didn’t know each other and my children were afraid to tell me about their problems.

When they first arrived, they didn’t know how hard life was in Canada. I worked three jobs before I sponsored them to get extra money. To sponsor four people wasn’t easy for one person, but I had a mission: to be with my children no matter what. 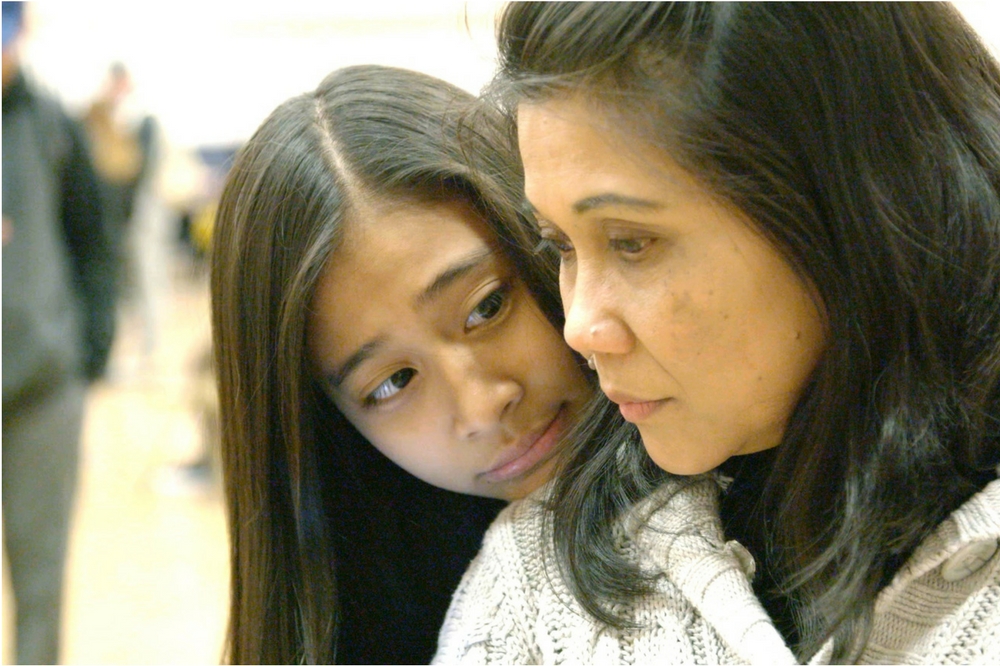 I took my time to build a relationship with them again. Restarting a new life here was a great challenge. All of us suffered anxiety because they had a language barrier, which made it hard to find work here. They didn’t know how to talk to people or how to make friends. They were also afraid of getting lost in the city because of the language difficulty.

On top of that, I lost my job a few months after they came and I was feeling down at that time. My two eldest children were working part-time and my youngest child was sick and never told us because she didn’t want to add more of a burden to the family.

I enrolled her in one of the schools in Toronto in order to continue her studies. I tried to support her dream to become a professional singer but I could only provide moral support because I couldn’t afford to send her to music and art school. I told her to put her dream on the side and try to finish school first, and then she can pursue what she wants in life.

My son Jade went to school back home but it wasn’t recognized because of the huge difference in the curriculum here. He felt regret for the first time because he was expecting to get a good job and that wasn’t the case. Once my two children got permanent jobs, I felt relieved and our focus was to agree to help each other to pay our debt and to share the responsibility to pay our bills since our apartment cost us a lot of money. We only buy our priority needs. I taught my children to be simple people and be content. God will provide everything.

Right now I’m studying Early Childcare Assistant Training through OSAP in order to get a certificate so that I can apply for a decent job. I decided to do this because of my last child Jeah. I want her to finish school and get a decent job for her future. If I have enough income, then I can support her plan. My wish was to fill in the missing years that I was not around to support her. As a mother, I want to build the trust with my children again and for us to love each other. I was the missing part of Jeah’s life as she was growing up, which I didn’t realize, so now it makes me feel guilty. 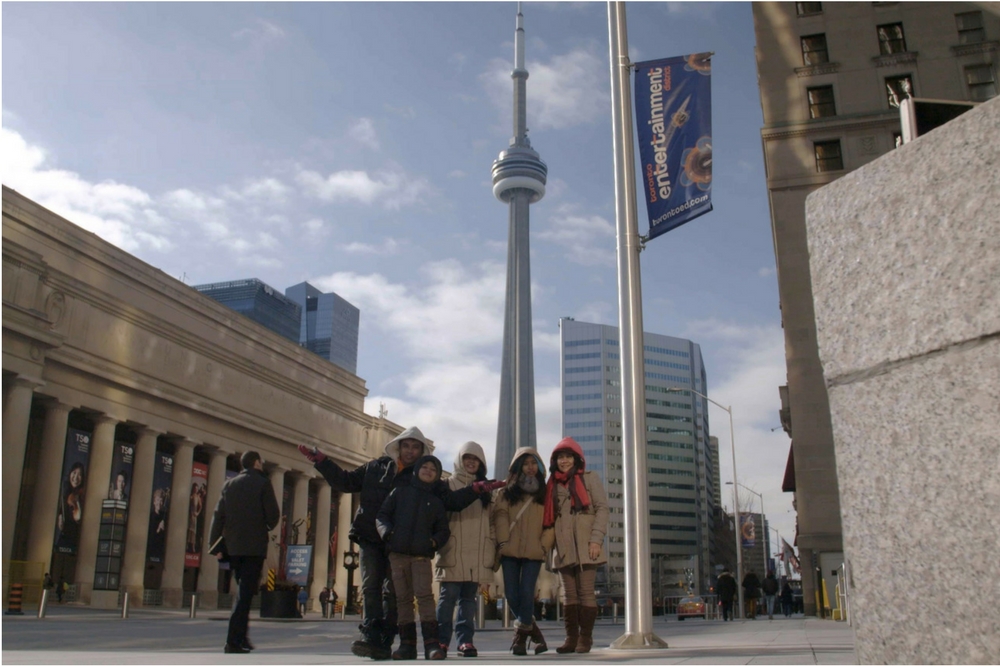 By January 2017, one year had passed and we’d finally adjusted to each other. We talk to each other as a normal family and exchange our experiences such as how they felt when they arrived at the airport for the first time and what they thought about Canada and how life is different here compared to the Philippines. My children now realize that Canada has lots of opportunities and benefits to the families. So they never regret that they were here right now.

My children compare their situation in Canada looking at what happened to my last child Jeah. One example was the medical benefits. Back home we can’t afford to take Jeah to a doctor for her treatment because it was very expensive. They’ve now adapted to the different types of weather here, the environment and culture. Now they developed the sense of belonging and made so many friends at school, at work and outside. We continue to have a simple life as much as we can and respect each other’s privacy and be a good citizen in the country and served as a model to some immigrants who wanted to come here. The message that I would like to share with people who are reading this post is to prioritized your family rather than other things. Get up and made a sacrifice for the sake of your family. Rebuild the broken pieces of the family. In this way, everybody will be happy.

My First 150 Days chronicles Melona’s journey as she is re-introduced to her three children and grandson when they come to live with her in Toronto. It makes its world premiere at the Hot Docs Ted Rogers Cinema on Thursday, February 23, and will broadcast on TVO on Wednesday, April 12, 2017 and will be available on tvo.org following the broadcast. Screening details below.

This is #1000families post number 216. Do you have a family story of your own to contribute to the 1,000 Families Project? Or do you know a family that might want to do so? Learn more about how the series got started and how to get involved here. You can find all of the #1000families posts here.

Melona Villahermosa Banico lives in Toronto, Canada. She was born in Toboso Negros Occidental Philippines. She studied Bachelor of Elementary Education at Mount Carmel College and passed the Licensure Examination for Teachers in the Philippines. She worked as an Elementary teacher for eight years before coming to Canada as a caregiver in 2007. She recently brought her three children, and grandson, over to Canada. They now live together as a family, under one roof, and are settling into their new land. View all posts by Melona Villahermosa Banico

'1,000 Families Project: From The Philippines to Canada—A Family Reunited' has no comments