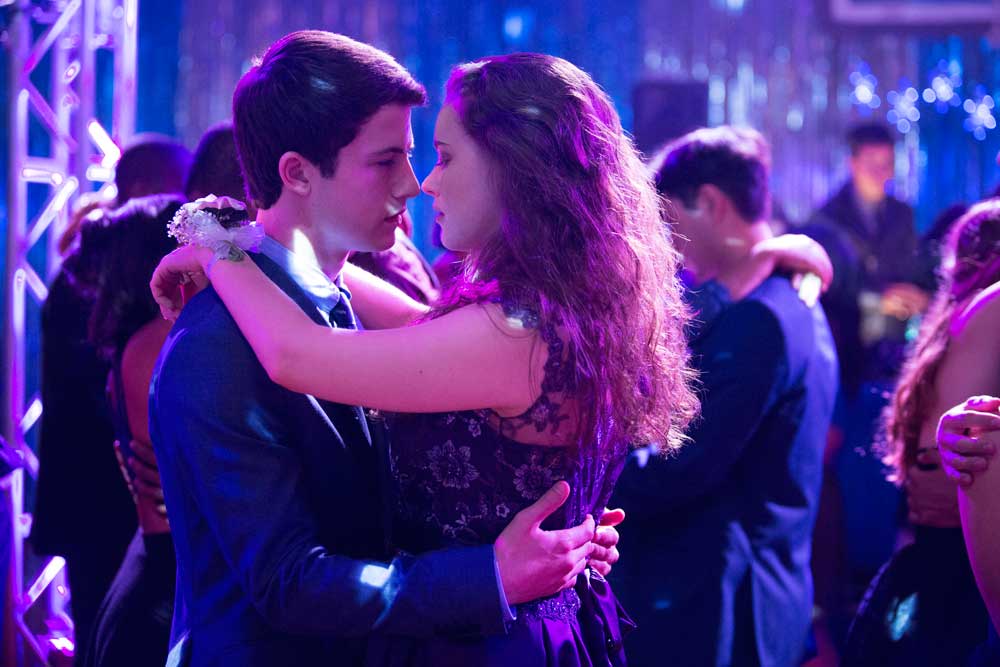 Guest author Isabella Vella is the same age as the tragic protagonist in the Netflix show ‘13 Reasons Why.’ Here’s why she believes the show romanticizes suicide and misses an important chance to engage teens and parents about what depression is really like.

I first read 13 Reasons Why in the summer after Grade 7 when I was 13 years old. It was confusing and scary as a preteen to read a book about a suicidal girl who wasn’t getting any support at all. At the time it was difficult for me to understand the issues that the main character, Hannah Baker, dealt with, and why her friends and family weren’t helping her.

The story follows a high school sophomore named Hannah Baker who commits suicide and leaves behind 13 tapes about 13 people who negatively influenced her life.

When the show aired on Netflix in early March, I binge watched it. This time, at age 15, watching it on a screen was a different experience. I wasn’t confused and scared; I was frustrated and angry because now I have a better understanding of what the effect can be on teens who have mental health issues if they saw that they weren’t able to get help from an adult or friends. I get what the show creators were going for, but the way they did it made it seem like Hannah was blaming other people for her death.

The show depicts Hannah’s character as beautiful and tragic, so close to being saved. Though Hannah’s character is portrayed in a somewhat poetic way, the suicide and rape scenes were very graphic and would be very triggering to most audiences. Hannah died by cutting her wrists and then lying in her bathtub, and we saw her mother find her when it was too late. I could barely watch the scene, and I know some of my friends took days to recover from watching it. The show made suicide look quick, like it was an easy way out. It depicted her death as a relaxing process, like she was just going to sleep.

It’s irresponsible for the producers to make it seem this way. Suicide isn’t as peaceful as just going to sleep while sad music plays in the background. Although this scene may be upsetting for most people, for teens who are actually contemplating suicide, it’s dangerous and scary. The show makes suicide look easy, and I think it provides a how-to. I understand the show wanted to make a point about suicide, but I don’t think suicidal people can be dramatically saved in one heroic moment, so much as provided hope and help over time. Rape and suicide shouldn’t be used as shock value for entertainment purposes.

Another problem with the show is that it uses a suicide revenge plot instead of addressing the mental illness that caused it. The show didn’t focus on Hannah’s mental illness—it focused on how she blackmailed her peers after her death. This action morphs this show into a story of blame, not a story of suicide prevention. “13 Reasons Why” claims to be a show that brings forward the topic of suicide, and that aims to educate the public about the relationship between youth and climbing suicide rates. I recognize that intention. I love that intention, and I think that making a Netflix show that accurately represents a depressive teenager would not only be beneficial to teens struggling from mental health issues, but educational for everyone.

If “13 Reasons Why” had focused on Hannah’s mental illness and not the “selfish” effects of her suicide, and if it had shown Hannah getting help from adults instead of being ignored by them, I don’t think this show would have been as damaging to teens with mental health issues.

The truth is, often we don’t recognize depression, no matter how well we think we know a person. We often cannot do anything at all to help unless the person themselves asks for it. Focusing on ways to connect to people who are suffering, such as reinforcing the idea that they are loved and worthy to ask for help, is a better message to get across to teens. We don’t need another show romanticizing suicide and not doing enough to prevent it.

What I want is a show that depicts teenager who hides their depression so well their family and friends don’t even see it. I want a show that tells teens that they shouldn’t be afraid to talk to an adult about what they are going through. I want to watch the steps that a main character takes to help themselves get better after recognizing certain defining depressive and suicidal symptoms.

Next time producers want to connect with teenagers about mental health disorders, they should show that we are all worthy of getting help, and that we shouldn’t be afraid of doing so.

Editor’s Note: While we believe this show missed the opportunity to create meaningful and helpful discourse around teen mental health and suicide, this site does acknowledge that the show creators also built a global crisis information website that can be searched by country. Also, engaging with teens around the programs they’re watching is a good idea, not just to find out when the material might be triggering and upsetting, as could be the case with “13 Reasons Why,” but because it can give parents a way to engage with kids around tough subjects. In fact, Netflix conducted its own global survey, which found that 74 per cent of teens are interested in talking to their teens about the shows they watch, and 70 per cent of parents wish they had more to talk about with their teens. So watch together. It’ll definitely give you something to talk about.

Want more thought-provoking content on the issues that really matter to families? Sign-up for our newsletter here.

Isabella Vella is a high school student living in Toronto who loves to make art, has an interest in political and social issues, and when it comes to earrings—the bigger the better. View all posts by Isabella Vella