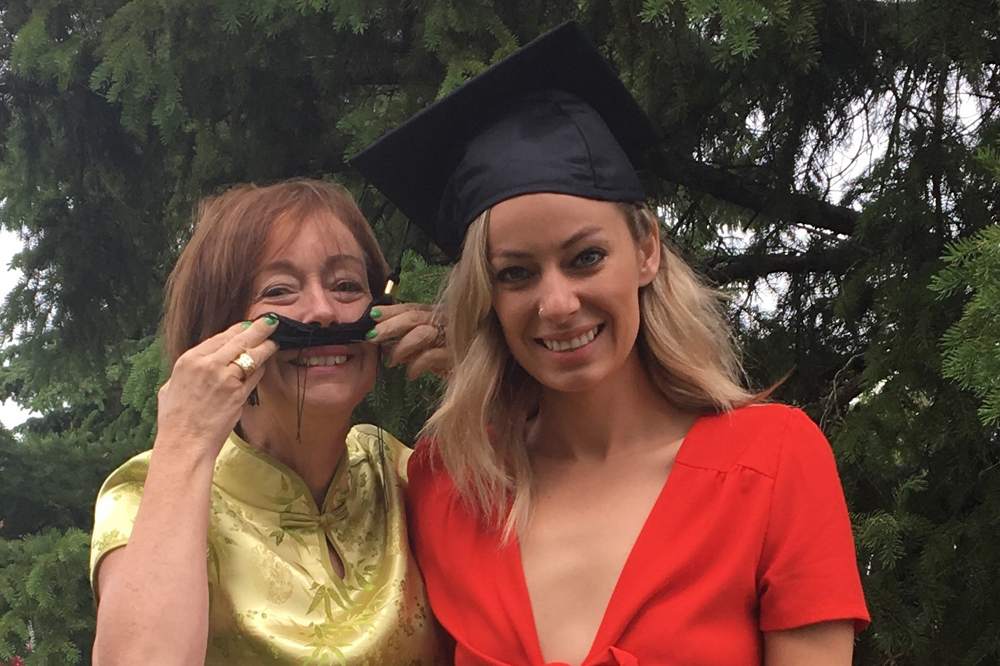 Writer Leslie Gavel shares what it was like to go through the anguish of having a child drop out of school but eventually come out on the other side. Plus she offers her tips for other parents whose kids are also disengaging from school.

Parents often give me that poor-you expression or the less discreet shocked expression when I say my older daughter dropped out in Grade 10, although Grade 7 signaled the beginning of the end. Let’s face it – middle-class, privileged girls from two-parent homes are an anomaly when studying the numbers on who leaves school.

Avery thrived in the elementary years and then it was as if someone flipped a switch in her brain. I could almost hear the click.

Many days in Grade 7 looked like this. When I grilled her, Avery told me details about her homework. This may have been a strategy she used to try to hold herself to do it, but it rarely worked. She dumped her backpack at the door and eight times out of ten it remained there. Later in the evening when it became apparent no work would be done I’d spout admonitions:

Your teachers won’t respect you.
You’ll get a bad reputation that will be difficult to change when you want to.
If you don’t start working you will always be behind.
You are going to regret the decisions you’re making right now.

I thought if I could find the right words, she would push through her lethargy or disdain or anxiety and open those books. I thought I could criticize her into being a better student.

Avery had her own litany of responses:
I hate you.
I wish I had a different mother.
Mind your own business.
Eff off.

The school was forever calling to report Avery’s lack of effort, talking in class and incomplete assignments. We were hauled into meetings with all of her teachers. Sure, her first term report was inconsistent – the lowest was 57 percent and the highest was 82 with other courses falling in the average range. I only now see what a destructive drama they stirred up and Avery’s dad and I had fallen for it.

Rather than focussing on the positive, teachers harped on us about her lack of effort and acting out in class. Her marks were below what she was capable of, but they only ever saw negative traits in her – this had to affect her motivation – always shining a light on them, never holding onto the perspective that she was only 12 and the adjustment to junior high could be profound.

They didn’t see the girl who had a wit that cracked us up, loved her dog and worried about her dad who recently underwent bypass surgery. What they didn’t know about her could fill a book.

In Grade 8 things changed as suddenly as a cloud passing over the sun. That was our Avery keeping us baffled. She was now dedicated to school, consistently putting in time doing homework. She brought home high achievement certificates and her name was entered on the honour roll posted for all to see.

But around February Avery’s school situation began to deteriorate at a rapid rate. I was at it again: “Avery, you are going to be where you were in Grade 7. I don’t want to spend my time fielding all of those calls from school. I have better things to do with my time.” Blah, blah, blah. 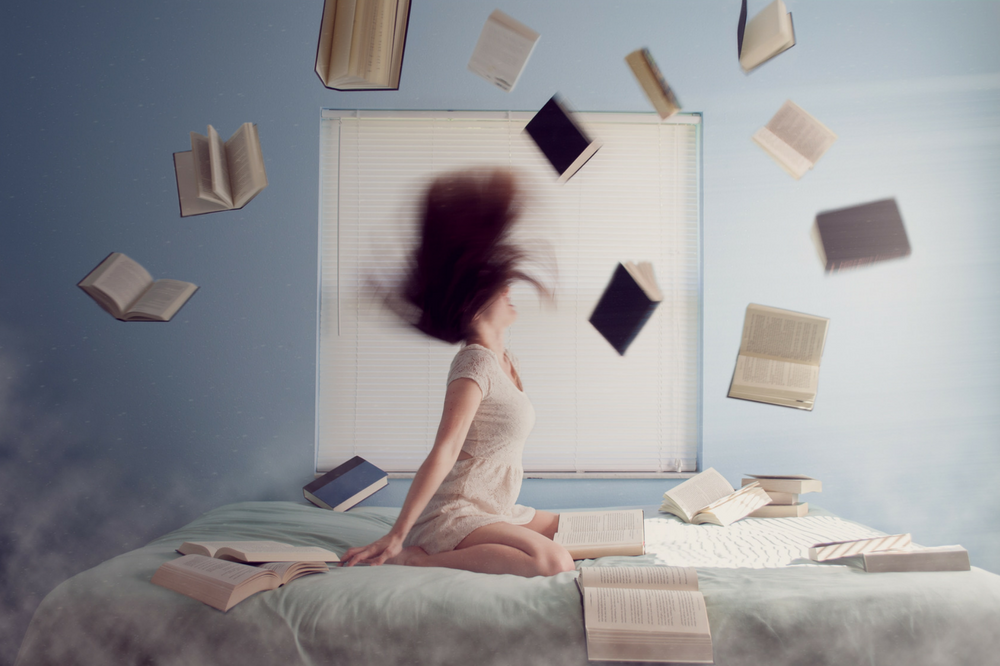 Sometimes I’d move in for the heart-to-heart but it always ended the same. Avery got a failing grade on her report card and I was going to get down to the bottom of it. One afternoon after school we were out doing errands, then settling in for some hot chocolate at a local cafe.

“What happened in social studies. Why 41 percent?” My tone gentle hoping to inspire Avery to confide in me.

“I find that hard to believe. Something must run through your mind.” I was starting to sound harsher. “And if that’s true you better start thinking about it. I don’t know when you decided it was okay to opt out.”

“Keep this up and you’ll regret it.” I talked a lot about regret.

Avery stomped out of the cafe, hot chocolate unfinished. Slamming herself into the back seat to let me know she couldn’t bare sitting beside me in the front. We drove home in silence.

I felt our relationship deteriorating. All in the name of school.

I would say that about half the time I was able to contain my anxiety and not enter the ring with Avery for yet another round of school fights. But that wasn’t nearly enough. At times I was as inhumane as the school itself.

I tried to fly above the fear, tell myself all would be well. This is adolescence. (The school certainly didn’t see it that way.) I had read books that told me junior high was a low point in terms of school performance as negotiating one’s social life took priority over all else.

Grade 9 brought trips to psychologists, educational and otherwise, even a psychiatrist. Hell, we did everything other than subject Avery to a past-life regression, all of it pretty ineffectual. Around this time, I came to see it was not just our daughter to blame.

By now I was spending hours researching school and had to ask – do its history, structure and practices play any role in underachievement? The answer was a resounding yes. Should we place children in a classroom for six hours a day, five day a week for 12 years of their life, force-feeding them information that they don’t, for the most part, care about? The answer was a resounding no.

What also came clear to me is that teachers do not always treat students with the respect they deserve. In the name of compliance, students are often pushed around, even insulted. Avery would not tolerate being told what to do if there wasn’t a close relationship; even then she often balked. Some children find it hard to thrive in normal school settings so a change may be needed, for instance, sending them to a preparatory school may be the best course of action to help them out, however, this will need to be discussed thoroughly first.

Think back to your own years in school. Although physical punishment is prohibited at school, verbal comments can damage as well. Avery was told: “you don’t have a future,” my youngest was told “I don’t like liars.” This is unacceptable, and while some students will comply when insulted, many others won’t. Nor should they.

By Grade 10 school apathy was a chronic condition for Avery. She quit twice and then signed up for several online courses, only sometimes completing them. Let’s say a high school diploma was never in the cards for our older daughter. Although, as it happens, a university degree in accounting would be down the road.

I’m getting ahead of myself. When Avery was 19 working in the restaurant industry as a server, she moved out and was renting a house with three other young women. I found myself saying to her: “There is no such thing as a small job; all work is honourable; you are your own woman.” Of course, when she received my admiration and respect, our relationship became closer, more playful. Avery was now often willing to confide in me.

My droning wish for Avery to achieve academically had vanished. The weight and worry that had gnawed at me for six years had lifted. I told myself: Avery may not have a diploma but she has straight teeth and can swim like a fish. She makes people laugh. She has parents and a sister who would do anything for her. She is a hard worker. Education can’t buy loving boyfriends or joyful lives. We aren’t what we do or own but how we love and how we treat others.

Avery taught me that and a few other things.

Do let go of your attachment to school success. There is no amount of threatening or bribing that will make a difference. Motivation is internal.

Do understand that dropping out is related to a variety of factors not always easily solved by parents. The powers-that-be at school must closely examine their own practices and whether they serve students or reflect an archaic model of “education.”

Do look long-term. It’s not worth alienating your son or daughter over school. Hold them close.

Do offer guidance and support to your kid in the next phase of their life even though it doesn’t match up with what you imagined. Seek solace in the fact that rarely is any child the imagined child.

After about five years of full-time work in the service industry, Avery began a degree in business with a speciality in accounting. She continued to work part-time as she chipped away at meeting her academic requirements. Of course, I’m proud of her and the fact she attained a degree, but what mattered most to me was that we have a respectful and loving relationship with each other. School took that away from us for far too long. The fact I allowed it to now seems the height of ridiculousness.

Leslie Gavel, a former social worker, is a Calgary freelance writer and author of Dropout: How School Is Failing Our Kids (and What We Can Do about It). Her work has appeared in Reader’s Digest, Canadian Living, More, Today’s Parent, Avenue, and several Canadian and American newspapers, and has been produced for CBC national radio. Born and raised in Regina, she has lived in Calgary for decades. View all posts by Leslie Gavel