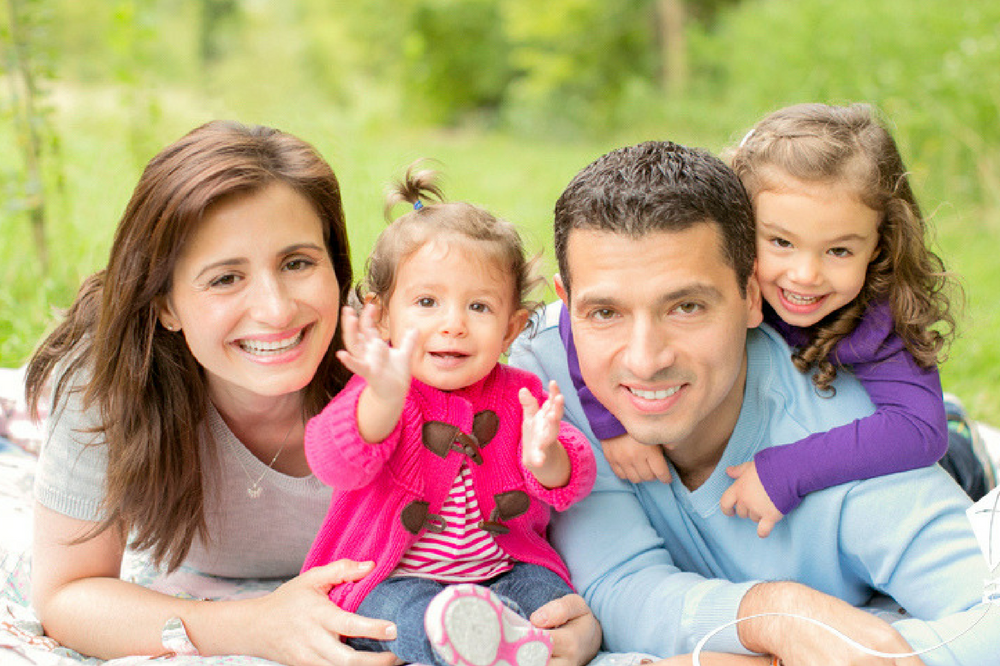 A mom of two confronts her unfounded belief that, as the mom, she was predisposed to be the better parent. Now experience has shown her that this attitude is the basis for maternal gate-keeping, which is a massive barrier to the equal parenting moms need in order to thrive in their careers. Here’s how she’s learned to let dad take the lead in parenting with the same confidence that she does.

It wasn’t easy to let Frank lead in parenting. And, I don’t say that because I had to fight my partner to step up to be a father. Not at all. I say that because, too often, it’s easier to revert to what we know — or think we know — than try something new or different.

See, even though Frank and I became parents at the exact same moment, I had this completely unfounded belief I was predisposed to be the better parent. Why? Because I was mother. Women are naturally born to be parents, I thought. We are predestined to be mothers. It’s in our DNA.

At least these — and so many others — are the messages that we hear and see and feel. Almost like osmosis, they seep in, affecting not only women, but men, too.

That’s why the very first time I scolded Frank for his poor holding technique of our days-old daughter, he immediately, and too naturally, handed our baby to me. After some time, when our girl finally quieted down, my mother who watched me chastise my partner, asked to speak with me privately.

Alone, she started, as so many teenage conversations once did, telling me she was disappointed in my actions. Then, taking a more soothing tone, just as I’ve done in those teaching moments with my own children, she went on to explain that right now I was no better a parent than he. That if I keep standing in his way, I would deny him and my daughter the blessing of the very best father he could be. And, I’d make my life as a working mother impossibly difficult.

If that weren’t enough, likely to make sure I was really paying attention, she sighed and said, “I hoped your father and I had taught you better.” That’s right, she really laid it on thick.

I grew up in an Italian-Canadian family, and in many respects we were quite traditional. And, like in many European families, my mother was the queen of domesticity. She cooked, cleaned, laundered, served. She also made sure we had freshly baked goods waiting for us after school. A master seamstress, she even create amazing outfits for me. She really did it all.

I don’t know where my mother found the time because she also worked full-time as a hairstylist. That meant she was out of the house at least 40 hours each week between Tuesday and Saturday. She then clocked an additional 15 to 20 hours a week in our in-home salon, much of it done over the weekend.

Since my father didn’t work weekends, he was left to care for my three brothers and I. I grew up at a time when kids were mostly left to figure out how to entertain themselves. Yet, when there were four strong-willed children who loved WWF (WWE these days) in one space for too long, chaos most usually ensued. So, he’d spend his days finding ways to entertain and preoccupy us. Much of his ideas were rather unorthodox, but if we complained to my mother, she’d remind us that we were fed, alive and had a story to tell.

Even though we spent much of our weekends with our dad, our mother was never absent. They created a co-parenting model that really worked for them and for my brothers and I, too. Yet, because it bucked with traditions in our cultural circles, their choice was frequently criticized. My mother, especially, had to defend her reasons for working, and I recall the few time she was shamed for leaving her husband to care for their children.

This was the lesson she had hoped she and my father had taught me. And, like every parent, she had shouldered the burden of carving a new path in the hopes that my life would be easier.

I didn’t quite know it at the time, but my parents’ example had shaped much of my relationship with Frank. Before children, we had fallen into a rather equal partnership as a couple and around the house. It came effortlessly to us.

Obviously, the insecurities of new parenthood required a more mindful approach. Since I was on maternity leave, I’d share tips and tricks I’d learned during the day. He also took time in the evenings to spend one-on-one time with our daughter.

We never quite divided baby duties or kept track of “who’s turn it was” for diaper changes or getting up in the middle of the night. But, we created a rhythm that released either of us from the pressure of sole responsibility for any one task related to our daughter.

The effort has been worth it. By the time our second daughter came along 20 months later, we had a clear path on how to go about managing things. Now that our daughters are eight and six years old, they have a really close relationship with their dad that is backed with the confidence that they can turn to him just as they would to me.

For me, I get a front-row seat to watch my husband be an incredible father to our girls. Sure, I don’t always agree with his approach, but I now know that his perspective is just as powerful and meaningful.

What’s more, I’ve been released of the pressures of taking the full load of caregiving. Knowing that each of us can hand the reins to the other when things get out of balance at work, has allowed each of us to pursue our careers and passions.

And, together, we’re giving our daughters a parenting model that perhaps they can build upon should they have families one day.

This is #1000families post number 232. Do you have a family story of your own to contribute to the 1,000 Families Project? Or do you know a family that might want to do so? Learn more about how the series got started and how to get involved here. You can find all of the #1000families posts here.

Lisa Durante is committed to helping working mothers thrive. She offers working moms training and resources to help them manage the transitions that come with parenthood. She also offers training and consulting services to companies so they can better support and retain employees through parental transitions. She is the mamma to two growing girls that keep life ever so interesting for her and her partner, Frank. Follow Lisa on Instagram and Facebook. View all posts by Lisa Durante