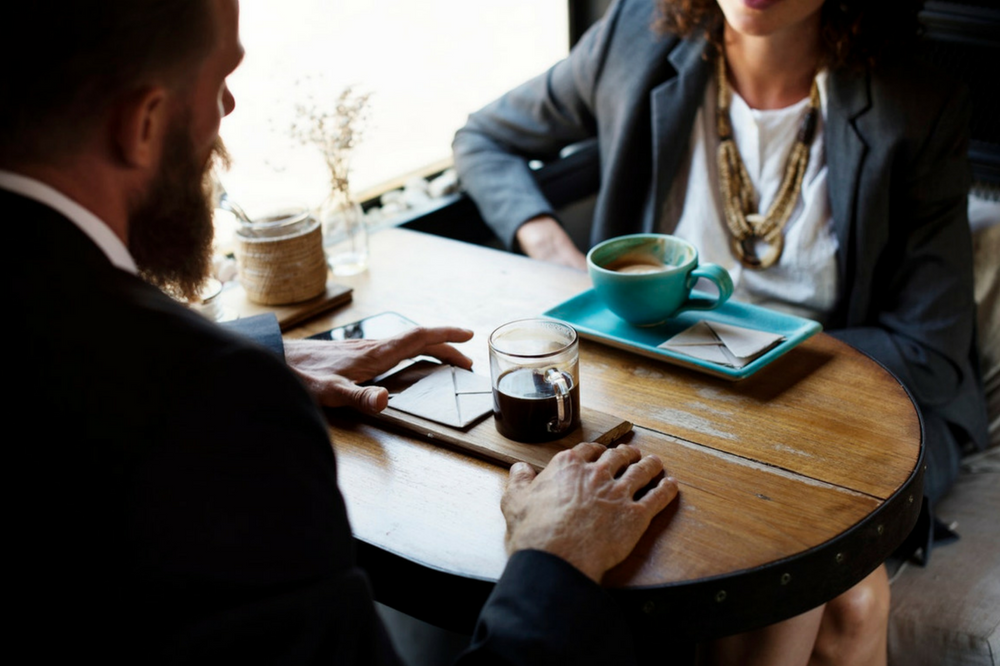 A therapist reveals the troubling relationship dynamics at play between couples that can set the stage of an emotional or physical affair. Often its a breakdown in connection that leads one partner to cheat.

I see a fair amount of couples in my practice. I really enjoy working with the dynamics that two people bring into my office. It’s a privileged position to get to be privy to what happens behind closed doors.

Most people don’t really know what our most intimate relationships are like. But as a couple’s therapist, I get to see some of the more difficult things that don’t often rear their ugly heads in polite company.

Most of the couples I see have been together for many years. Usually they didn’t ever intend to be sitting in an office like mine.

In the beginning of relationships, we each make our assessments of the other person: Can I be with you a long time? Are we likely to work out?

When most monogamous couples (which aren’t the only kind of couple) commit to each other, they aren’t saying in their heads, “I will probably only cheat on you a little bit.”

And yet, many couples come to see me due to some kind of betrayal. Whether it’s an actual physical affair, or the more pernicious emotional affair, I often hear my patients talking about their shock that they have found themselves in this position.

While it would be emotionally easiest to think of an affair as something that one partner does to another, things in life are rarely that straightforward. If it were that simple, people wouldn’t come to see a therapist.

How did we get here?

One of my first goals with my couples is to help them figure out how they ended up in this situation. And more often than not, what has happened has been a rupture in the connection in the relationship and set the stage for cheating.

Sometimes there are very clear delineating moments that demonstrate a significant rupture. But more often, it’s like that old saying about a frog in boiling water: A frog would jump out of a pot of boiling water if thrown into it, but if you put a frog in a pot of lukewarm water and slowly turn up the temperature, degree by degree, the frog doesn’t notice and doesn’t get out.

The ruptures we face are often gradual in the same way. Maybe it starts after the birth of your first kid. You both start to focus on your child’s needs and lose each other, piece by piece, in the mix. It’s so slow, the way you shave off pieces of your needs, seemingly in the name of the greater good.

And then you find yourself confiding in a colleague at work. Maybe it’s your “office spouse,” or another parent at play group. You notice boundaries being pushed in conversation or over text, and for a minute, it feels SO. DAMN. GOOD. 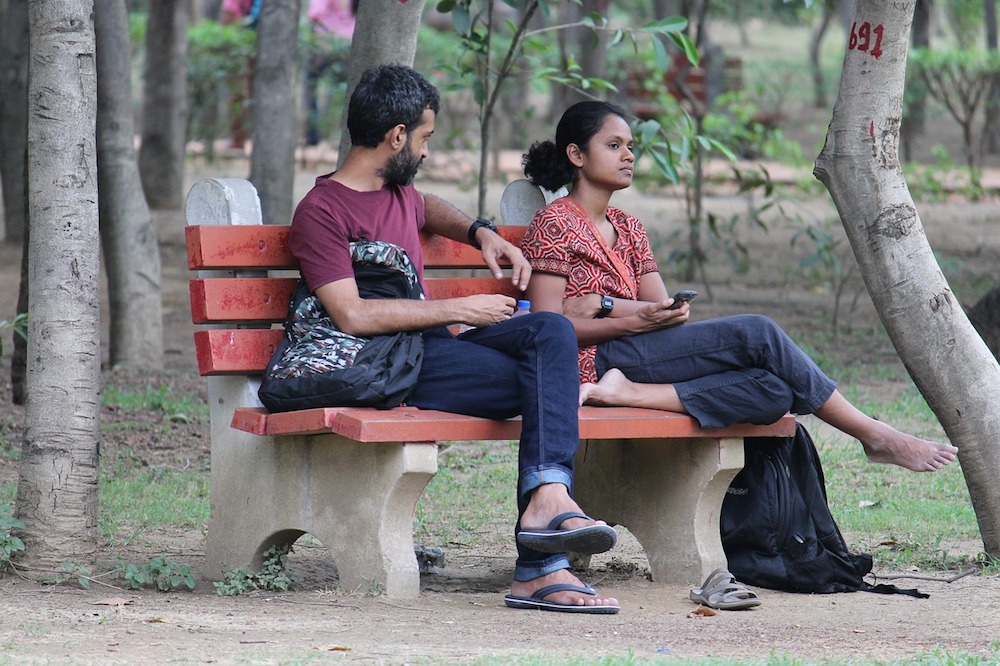 Being loosened from the moorings of your primary relationship – which now focuses on getting meals, whose turn it is to take the day off work for a sick kid, and how to get to both ballet classes and hockey practices – all that connect-y stuff that used to be saved for your partner gets displaced onto someone else who is relatively less complicated and more patient.

Or maybe you’re unhappy in some part of your life that your partner is tired of hearing about, but along comes someone who is more than happy to empathize with the pain your feeling. However it happens, the connection you have with your partner weakens, but that very human need to connect with another person – to really be seen by someone else and valued, not in spite of your suffering but because of your humanity – will still need filling. And so, your affection shifts slowly and now you are in a complicated situation you never imagined.

No one dreams of being a cheater, and certainly, no one wakes up one morning and says, “I hope I get eviscerated by my partner’s infidelity today.” Trust me when I say that nobody wakes up one fine morning and decides to use a vehicle tracker to track his/her spouse in order to catch them red-handed. These problems grow gradually and slowly, a result of the absence of love or the intention to display affection. But where do we go from here? The answer lies in the below-mentioned section.

A lot of the work I do with couples is to help each person see how they contributed to the loosening of the connection between them. It’s not a 50/50 blame game, but more a way of building a shared understanding of how the once-unthinkable came to be.

Don’t get me wrong: There’s no good excuse for going back on an agreement, but there is context and a reasonable (yes, reasonable) explanation for how unmet connection needs get met outside the relationship.

If the aggrieved party remains forever in righteous indignation, it is akin to the offending party never offering an apology for bad behaviour.

Obviously, there is hurt that needs to be soothed on one side more than another, but there’s more than enough hurt to go around. That’s the part that often gets ignored. If the aggrieved party remains forever in righteous indignation, it is akin to the offending party never offering an apology for bad behaviour.

And so, with a shared understanding of how the rift in the connection happened, couples can start to rebuild – should they choose to – the connection they started so many years ago.

But this kind of compassion – for yourself and for your partner – is exactly what’s needed if you want the relationship to be repaired. Are you willing to be vulnerable enough to allow for the possibility of being hurt again? 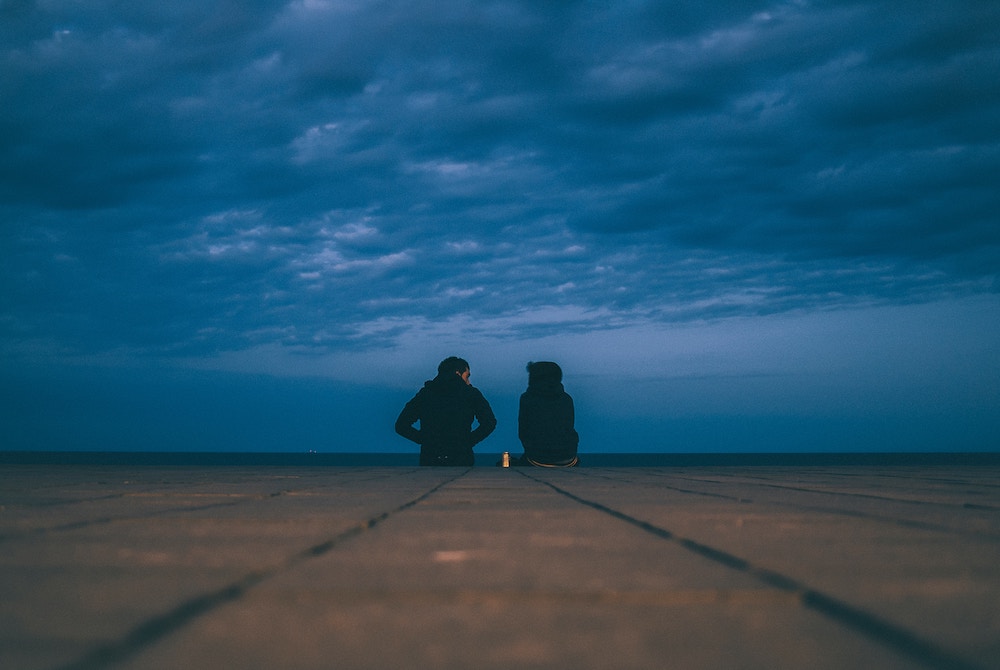 The key to moving forward together is taking the understanding of why the affair happened, and then staying aware of the early signs that your connection is loosening so you don’t end up so far down this road again in the future.

Tuning in to your own needs and those of your partner is the best insurance policy against future heartache.

It’s not about being hypervigilant or of closely surveying your spouse. But it is about attending to the overall connection over time. There are ebbs and flows in connection, but are you tuned in enough to see when the ebbs are lasting a little too long?

Tuning in to your own needs and those of your partner is the best insurance policy against future heartache.

It is possible to heal after an affair, but it isn’t necessary to stay in the relationship if you don’t want to. But if you are interested in preserving the best parts of what you and your partner had, it’s imperative that you focus on the connection you once had, and rebuilding that connection. Not so you can go back to somewhere in the relationship – we can never go back – but so you can go forward to a new place where you both are more secure in the love you have for one another.

Matthew Rippeyoung is a single dad of teenage sons, living in Ottawa where he works as a psychologist. He strives to clean up more messes than he makes, and succeeds, most days. He believes that everything that we do in life that matters is really about our relationships. View all posts by Matthew Rippeyoung