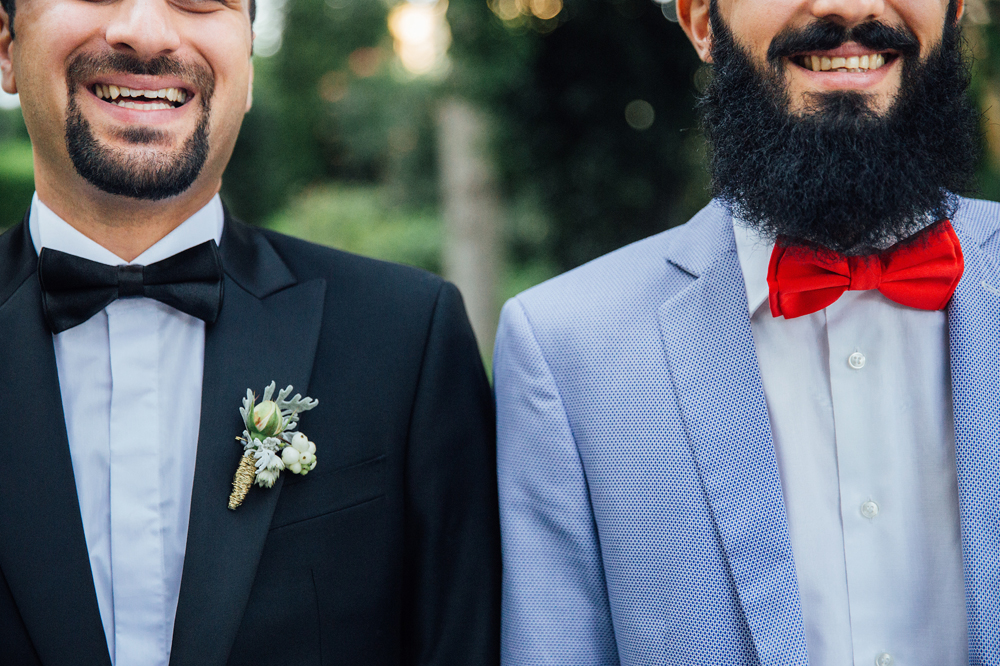 Photo by Alvin Mahmudov on Unsplash
In this expert from a new anthology called Spawning Generations, we get a taste of the varied stories of self-proclaimed Queerspawn, people brought up by queer and trans parents. We start by hearing from the book’s editors.

Finding Each Other, By Makeda Zook and Sadie Epstein-Fine

As queerspawn, we have often presented our lives to conform to other people’s expectations of what has been difficult for us and what we have risen above.

We have smiled for the camera, the researchers, and the reporters, who always seem to be hovering and speculating on the social phenomenon that is our intimate, personal, and family lives.

We have felt the pressure to be perfect to prove to the skeptics, the disbelievers, the pessimists, and the straight-up haters that we are a social experiment gone right—one that has produced well-adjusted children.

That’s why we put together an anthology, excerpted here, to carve out a space for our voices. It is an attempt to create space for our stories without the pressures of having to conform to a narrative that demands perfection and proving to onlookers — both outside of and within queer communities — that we turned out all right.
Related: Listen to Our Interview with Makeda and Sadie

We are, in fact, and all at once, resilient, imperfect, and fiercely protective of our families. We exist in a world of grey and this is exactly why we are thrilled to launch our anthology—it is a reflection of our actual experiences, airbrushed for no one—at times humorous, light, joyous, prideful, and hopeful, at other times sad, and full of grief, guilt, shame, denial, resentment, and anger.

We’re on the road and we stop at a McDonald’s for lunch, a rare indulgence for a relatively health-conscious family. I’m excited: the Happy Meal comes with a toy. My options are two: Hot Wheels car or mini Barbie doll. The choice is obvious. I stand by my Ima’s1 side at the counter as she places my order: “One McNuggets Happy Meal with the Barbie, please.”

The woman behind the counter looks at me, then back at my Ima.

“I’m sorry, ma’am,” she says, “but the Barbie is the Girls’ Toy. Perhaps your son would like the car?”

The memory of smallness endures; the smallest injustices can break the skin. Looking back on the episode, I have to ask myself what was at stake, why that particular memory thrums with compressed meaning.

For one, I was a kid being told he couldn’t have a toy he thought was being offered to him. That on its own would have been upsetting. But in addition to that I think I was dimly aware, with a child’s generalizing awareness, that the people who divided the world into Boys’ Things and Girls’ Things were part of a larger group devoted to maintaining the gender status quo on all fronts. And that group’s agenda, I knew, included keeping people like my parents from marrying, and denying families like mine the legitimacy offered to our straight-parented counterparts. Gender normativity is one of homophobia’s favourite toys. 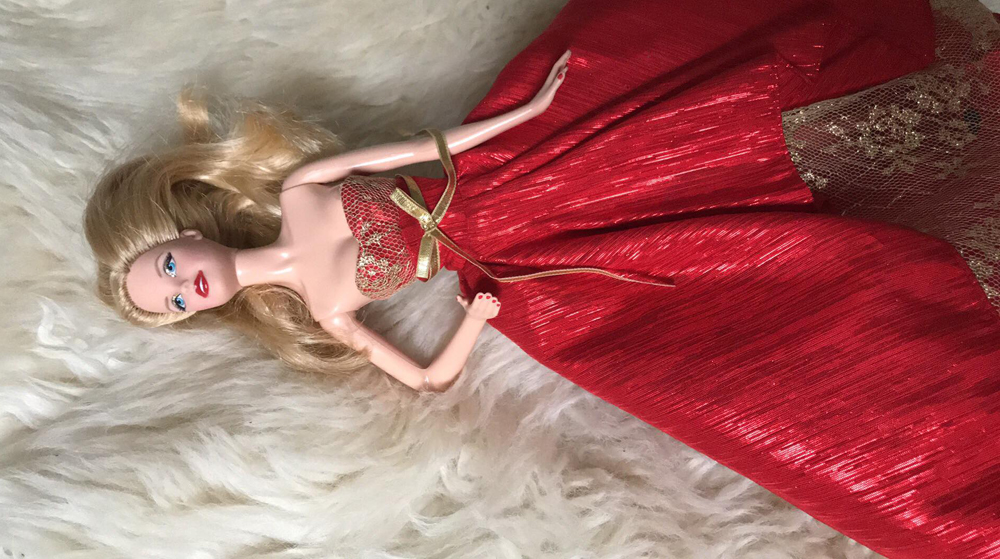 I don’t mean to suggest that all this was going through my mind as I processed the frustration of being denied the Barbie doll. But it was present. I still recall the wave of anger that passed through me at the inexplicable prohibition. The political and the practical outrage were inextricably bound up with one another. I’d already started making plans for that doll, already argued with my parents over the definition of “trim” — I only wanted to cut her hair on the sides. The cashier was just doing her job. It was such a small, innocuous, laughable thing, and yet. And yet…

The body beside me tensed.

“I don’t think you understand,” my Ima said. “My son wants the Barbie.”

I recall the thrill of that acquisition — the righteous indignation, the truth spoken squarely to power, the savor of victory as rich as any deep-fried chicken scraps. Here was my defender, my champion, full of the fire of her convictions, fighting to secure for me the rights that were mine by birth, to be a boy who played with Girls’ Toys and feel no shame. To have a Barbie and trim her hair, just on the sides.

When both your parents are women, you can’t fall back on the shorthand of “My mom did such-and-such” to convey a story to a stranger. This goes for death as well as more mundane events. When I explained to my high school guidance counselor that it was my non-biological mom who’d passed, she said, “Well, at least it wasn’t your mother” — the implication being, your real mother. I said, “Yeah.” I didn’t say to her, I don’t think you understand.

I’ll never forget the series of events of how my parent revealed this earth-shattering secret to me. I was about 12 years old at the time. It wasn’t a conversation. Not initially. My Dad gave me a letter. I remember reading the vague and rather innocuous letter and it filling me with pure dread, the sense of impending doom in the room thickening line by line. Then suddenly it clicked. The pit that had formed in my stomach churned. MY Dad, gay? It couldn’t be.

Suddenly, my whole entire world felt like a lie. All of my childish hopes that my parents, separated since before I could even remember, would get back together were shattered. Terror at the idea of my strong, masculine, cool Daddy becoming flamboyant and effeminate and…other. You see, being a tomboy and a Daddy’s girl with a father that was so 80s rock star cool and badass and serious business, I couldn’t imagine a world where all of that was taken from me.

This terror and dread permeated my every waking moment. I suppose my parent was trying to give me time to process and a chance to collect myself before initiating a conversation. I, of course, had zero intention of initiating said conversation. In fact, I was kinda hoping if I ignored it, it might just all go away and my life wouldn’t irrevocably change. 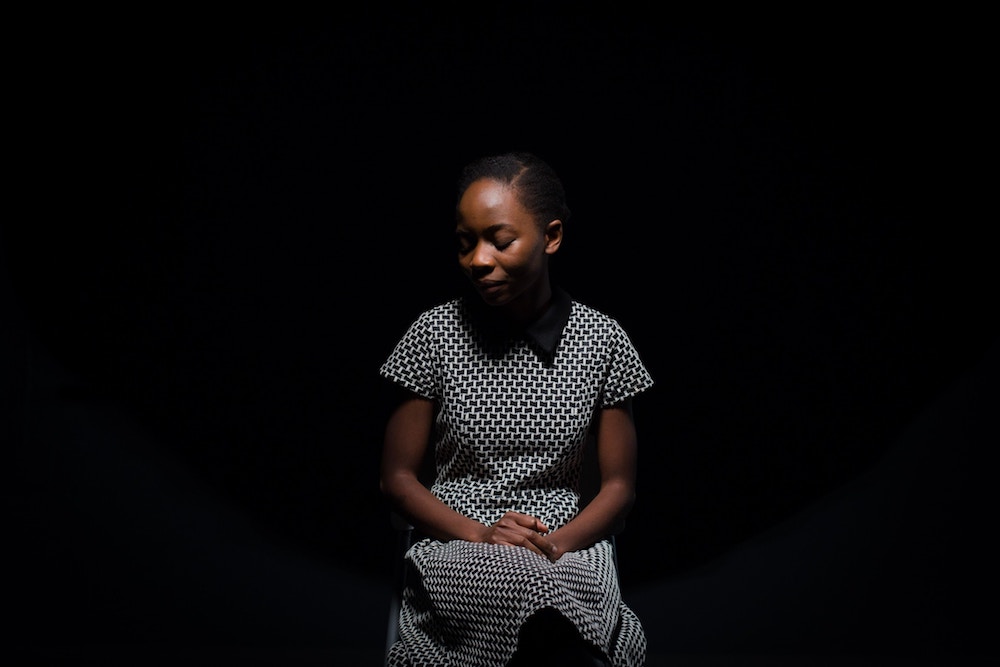 Photo by Daniel McCullough on Unsplash

The silence loomed for weeks as we went about our daily lives as though nothing at all was amiss. It was an episode of Degrassi that broke the dam. That episode when Snake’s older brother, the cool basketball star older brother who everybody admired, came out to his family. As my Daddy and I watched, I began to silently sob, tears streaming down my face, frozen. Fearing that any movement might break my resolve to simply ignore, ignore, ignore.

I was breathing in slowly, measured, deep breaths. I didn’t want my Dad to realize I was upset. But my absolute worst fears were playing out on the TV in front of me. Everybody was going to HATE him! Reject him! Will they hate me too? Will I lose all of my friends and family over this? Towards the start of the ending credits, I choked out my very first question since I had received the letter: “So…that’s like you, right?”

Hearing the catch in my voice, maybe startled that I had finally addressed the elephant in the room, he looked over, saw my drenched face, chest silently heaving. Body otherwise frozen solid. I had finally broken down. I had spent countless hours silently suffering the confusion and pain alone. I hadn’t even told my mother. Hadn’t told any friends, or family. And I can tell you, such news is certainly not something a 12 year old should be trying to work through alone.

Looking back and knowing what I know now, I can say with absolute certainty that my Dad being gay would have been far less complicated, and would have involved far less emotional, mental, and physical change. At that point, however, my exposure to the LGBT+ community was basically nil, with the exception of what the media portrayed. And 20 years ago, the media portrayal of the LGBT+ community was limited and incredibly stereotypical.

I remember when I was a kid my mother and godmother would take us kids on a drive to downtown Toronto to look at the freaks. They would tell us to lock the doors. We would gape out the back windows at the gay couples, the prostitutes, the drag queens, the trans people. Transfixed. Disbelieving that these people really existed. It was like a real life TV show. I mean sure, I knew on TV crossdressers and female impersonators, like Rupaul, existed, but I figured when the cameras turned off they went back to being “normal.”

Finding Each Other, By Makeda Zook and Sadie Epstein-Fine

Our stories are often curated using a stereotypical narrative: a moment of shame about our families, the overcoming of this moment, and movement to a place of triumph and pride. This narrative looks slightly different depending on one’s age, identities, experiences, and the sociopolitical or historical moment one is situated in. We are taught that this narrative is the most effective way to communicate the experiences of being queerspawn, so we reproduce it until we no longer can.

Many of the stories in Spawning Generations complicate and/or challenge this narrative. There are stories about experiences and identities we were taught to bury or to fictionalize, and there is often no clear moment when shame ends and triumph begins.

Makeda Zook was born in Vancouver in 1986 to her two lesbian feminist moms. She was raised in a mixed-race family surrounded by anti-oppression politics and her OWLS (Older Wiser Lesbians). Makeda grew up in Toronto going to dyke marches and being encouraged to talk about her feelings. She currently works in sexual health promotion for a feminist NGO. View all posts by Makeda Zook and Sadie Epstein-Fine

Sadie Epstein-Fine was born in 1992 to her two moms, surrounded by eleven other women in their home in Toronto. Raised going to Take Back the Night Marches and Jewish Women against the Occupation protests, Sadie combines her passion for activism with her professional theatre career as a queer-political theatre maker. Sadie loves going on canoe trips, at-home dance parties and coffee. View all posts by Makeda Zook and Sadie Epstein-Fine

'‘Queerspawn:’ Resilient, Imperfect and Fiercely Protective of their Families' have 1 comment