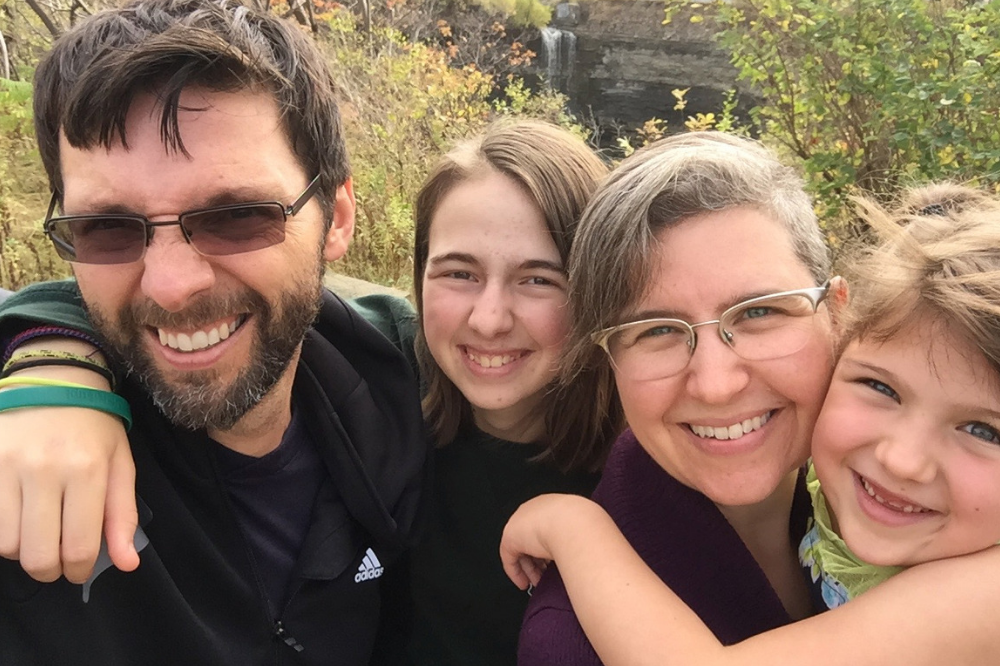 When their first child was small, this couple parted ways for several years, surprising themselves when they eventually found that – through their time apart – they were able to save the marriage.

“If we have a future together, we need to break up.”

I remember using some version of this paradoxical line each time I tried to explain what was happening to me and my wife. After eight years of marriage, including two as parents to our daughter, we were separating. For most of the people we told, the news came as a shock. We had a lot going for us: good jobs, new house, new child, supportive families. The boxes were mostly all checked.

I may have told people that line, but I didn’t really think we’d get back together. Certainly that wasn’t the plan for either of us. I said those words to comfort torn hearts, mine and others.

But we did get back together. It took almost three years. We lived apart, but not far from each other. As we had the help and assistance of someone like this portland realtor, we were able to find suitable homes in close proximity to each other, as well as ticking off all the features in a house that we individually wanted, and in turn, this made it much easier for us to share custody with our daughter. We dated and loved others. My wife remained in the house, which I’m sure was both easier (her stuff could stay) and harder (memories could stay as well). She repainted the kitchen, spoke to some professional window services, a few contractors, and put up her own photos.

I found a small apartment with terrible laundry facilities and an outbreak of mice. But there was room to breathe and grieve and start again.

We tried to break up. We met repeatedly with lawyers and a mediator, putting together a separation agreement. It went through many revisions, then once we were satisfied, it just needed to be signed.

We couldn’t do it. It’s here that the phrase “for better or worse” began to take on a significance that I did not grasp as a 25-year-old newlywed. We were family, for better or worse. (Apologies, Lynn Johnston.) Of course, we all hope for the better, and I do believe each of us is entitled to at least the pursuit of happiness, if not the real thing. (Apologies to you, too, Thomas Jefferson.)

But the deal isn’t just for the better. It’s also for the worse. We’ve had worse. We can still have it. Our communication styles conflict. We have had differing views on money (she saves, I spend). And sometimes one of us forgets to run the dishwasher. Spoiler alert: it’s not me! To be honest, we would not even have gotten a dishwasher if not for me. Since I like spending money, I would take the credit for this one–finally something good to take credit for! Let me be very candid about this–I never liked handwashing utensils. So, when she conflicted with me on purchasing a dishwasher I fought back verbally and made her realise why we would need a dishwasher. I stood by my decision, purchased the dishwasher, and got it installed with the help of a plumber near me. Actually, I was about to install it by myself. But one of my friends who recently installed a dishwasher with the help of a plumber, whom she probably found by looking up “plumber near La Crescenta-Montrose” on the Internet, told me the pitfalls of installing the dishwasher alone. That is why I too searched on the Internet and found one.

Anyway, due to our never-ending conflicts, we’ve run through a growing list of therapists. They’ve yet to fix our problems, still we persist, approaching our 23rd year of marriage – give or take a few years – next summer. There are now two kids, and we’ve moved from the bustle and expense of Toronto to the slower, more family-friendly Hamilton.

If there was one key moment on our path to reconciliation, it happened early on: it was the decision to share custody and access equally. It was a total 50-50 split: a rotating weekly schedule of four days at one house, three days at the other. We handled money and other responsibilities in a similarly equal manner.

I’m not sure I would have connected to being a father as much as I did as when we were separated.

It wasn’t my idea to do this. Frankly, and I’m not proud of this, I wanted more time to myself, away from the confines of family life. I even thought of getting in touch with some real estate agents northern suburbs and move far from home. But my wife asked for equal time with our daughter, a request that seemed brave and a surprise. I expected her to want more time with our child. Or less time for me and our daughter. And while I’m guessing she was conflicted, she realized that she needed time for herself, too.

That happened, and gave her a chance to heal and find herself more. She did things she wanted to do that were difficult to do with me. She spent more time with friends and more time alone. And she dealt with me respectfully, even if more often than not it had to happen through email. We both enjoy writing, and email allowed us to create the right message and tone.

I did have time to myself, and I started some projects that were dear to me, ones that were hard to accomplish when we were in the throes of marriage and parenthood. But I also had a lot of time with my daughter, way more than I expected or was equipped for, especially at first. My parents and brother live in another province, and most of our friends in Toronto with kids were my wife’s friends. I had to do a lot myself. I will never say that I’m a great dad, but I tried my best to live up to the responsibility I had to our daughter. If we hadn’t split, I’m not sure I would have connected to being a father as much as I did as when we were separated.

I often thought the secret to our reconciliation was that my wife found herself and I became a dad. It might have been the exact opposite of what we had expected, certainly me. It’s the final paradox of this story. It’s also one I try to remember when we go through our worse times. Life can challenge expectations, sometimes greatly, yet we persist, because we are family.

This is #1000families post number 243. Do you have a family story of your own to contribute to the 1,000 Families Project? Or do you know a family that might want to do so? Learn more about how the series got started and how to get involved here. You can find all of the #1000families posts here.

Jeff is a freelance writer and proofreader living in Hamilton with his two kids, wife, and excellent laundry equipment. His Twitter is twitter.com/jeffzuk. View all posts by Jeff Zuk